scotw, back in the day 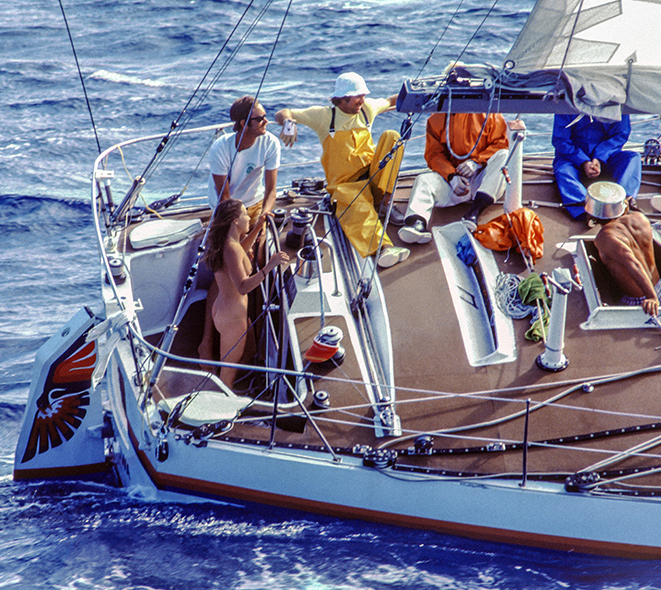 Hawkeye had just rounded South Point, and was short tacking up the Kau coast of the Big Island of Hawaii in the ’78 “Round the State” race, the fifth and final event in the inaugural Pan Am Clipper Cup Series. The 48 foot Bruce King bilge boarder was reveling in the 20+ knot breeze when a helicopter arrived to take some photos.

The crew decided to put on a show for the camera and we got our cook, Sherry, (yep, the bigger boats had cooks aboard for the long races back then) to strip down and take the wheel. Phil Uhl snapped this photo just as boat captain Mike Farley was coming out of the aft hatch with a colander on his head!