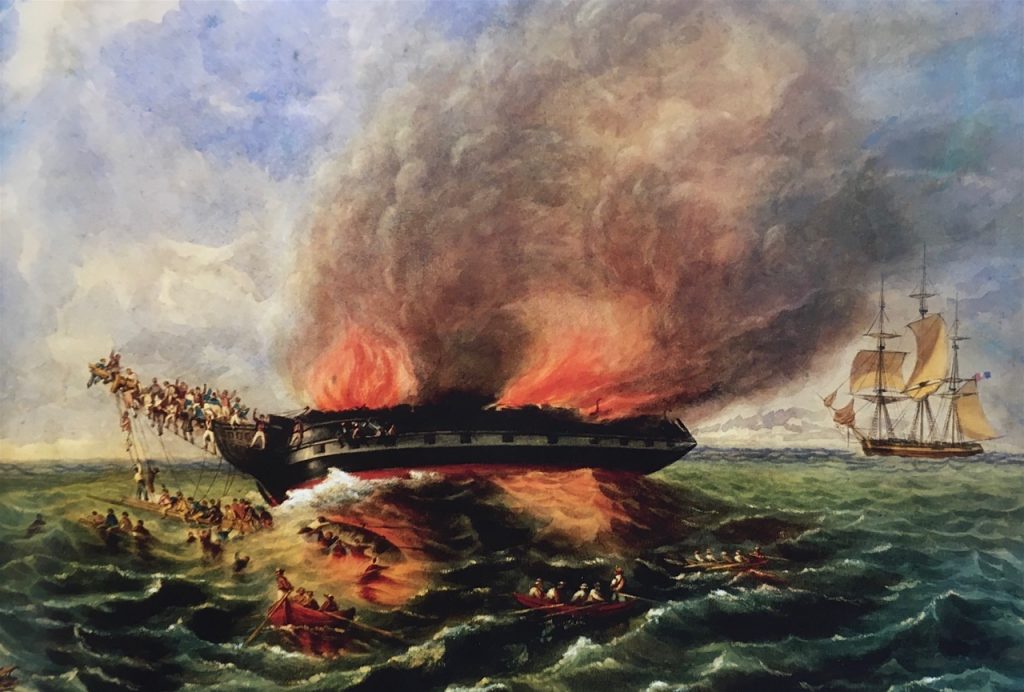 “The wooden, three-masted India sailed from Greenock, Scotland, on 4 June 1841. On board were 186 Scottish emigrants, including many young families from a single village who were travelling with their own church minister. A spilled glass of medicinal rum and the simple accident of a candle falling onto it caused the horrific ship fire.

Once the fire took hold the flames quickly spread, engulfing the India and forcing the passengers to abandon all their belongings and crowd onto the ship’s bowsprit, huddling away from the wall of flames. Eighteen men, women and children died. Luckily, a French whaling barque – shown in the painting – soon arrived. It rescued the surviving passengers and crew and took them to Rio de Janiero.”

(The dramatic painting that records this event is now in the collection of the Australian National Maritime Museum. More than a million people emigrated by sea to the Australian colonies during the 19th Century. Of those, fewer than 4,000 perished in the journey – a credit to the skill of sailors who crewed the ships.)

Kieran Hasty – The Burning of the Barque India in 1841