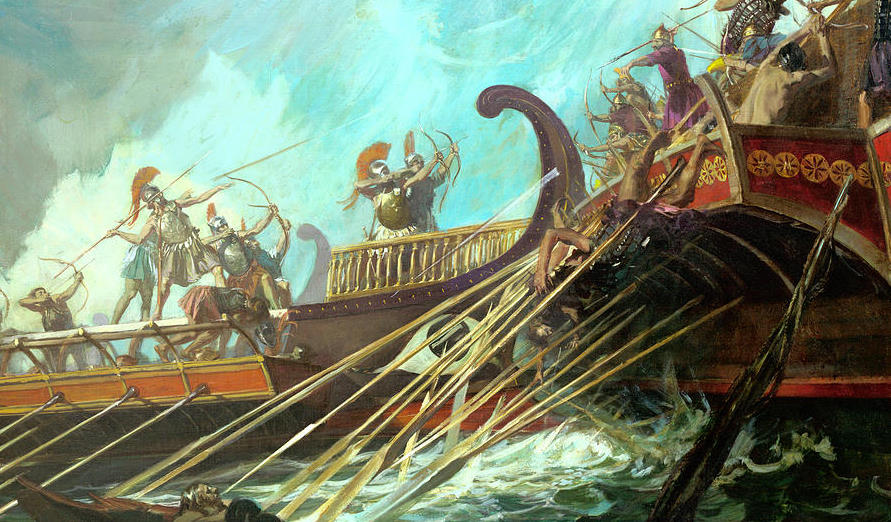 “The first rammer was a Greek which sheared away a great Sidonian’s crest; then close, one on another, charged the rest. At first the long-drawn Persian line was strong and held; but in those narrows such a throng was crowded, ship to ship, could bring no aid. Nay, with their own bronze-fanged beaks they made destruction; a whole length of oars one beak would shatter; and with purposed art the Greek ringed us outside, and pressed, and struck; and we – our oarless hulls went over, till the sea could scarce be seen, with wrecks and corpses spread.”  Aeschylus – The Persae. A Persian messenger describes the battle of Salamis (480BC)

(The Greek fleet of triremes, commanded by Themistocles, was vastly outnumbered but they trapped the Persians in a narrow entrance to the Bay of Eleusis. The playwright Aeschylus fought in the battle himself as a marine so was able to write this account of their famous victory over Xerxes from the standpoint of a genuine eyewitness.)