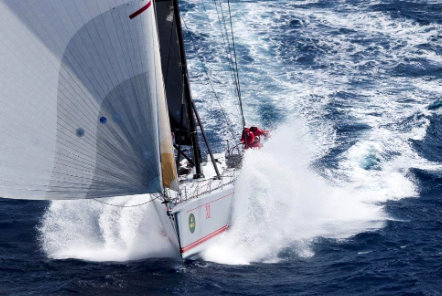 The fear that dare not speak its name is now being murmured around the Australian waterfront: could the Sydney-Hobart race be cancelled? With the current resurgence of Coronavirus cases comes an inevitable re-assessment of sporting priorities and possibilities.

The great race South has been sailed for 75 unbroken years, but its organisers are now openly facing the prospect that the traditional Boxing Day start on Sydney Harbour might not happen.

Commodore of the Cruising Yacht Club of Australia, Paul Billingham, spoke candidly to the nation’s media yesterday, saying “Don’t ask me to try to predict what the outcome might be because none of us know.”

That uncertainty is reflected in the list of entries received so far by the club. Only 54 yachts have registered, with just one supermaxi – Black Jack – confirming their intention to compete.

The immediate practical difficulty is the restrictions on visitors now imposed by the state of Tasmania where the race finishes. Race organisers have begun negotiations with the state government and the Hobart city council, but it is impossible to know what conditions will prevail come later in the year.

“I think it’d be naïve for us to assume that we’re not going to have to adapt in some way,” says Billingham. “Who knows what it will be like at the end of August, let alone the end of November when we make the decision?”

Meanwhile, the offshore racing community Down Under can only wait and hope. To them, the prospect of the previously unsinkable Sydney-Hobart being cancelled or postponed is, well, unthinkable.