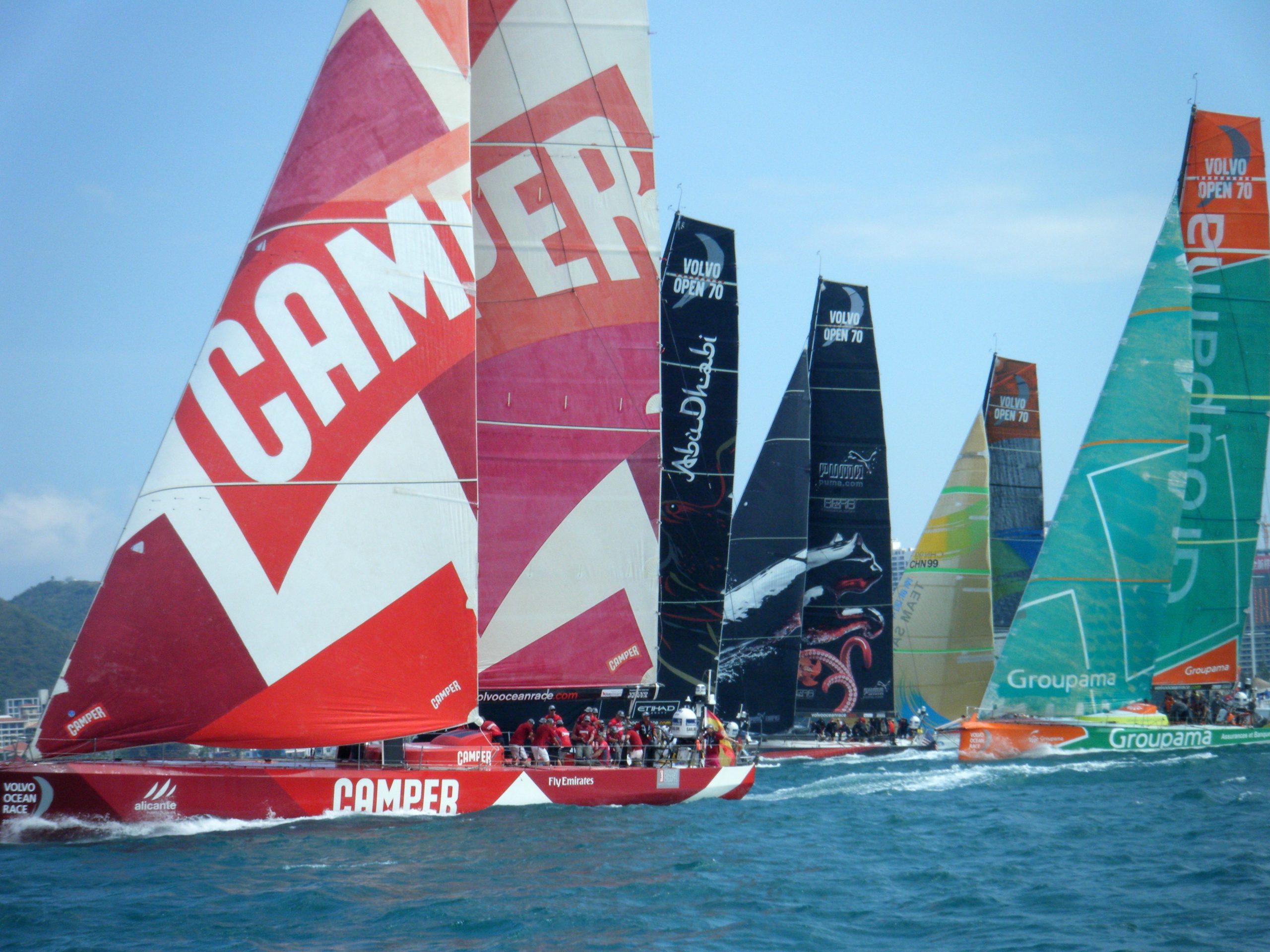 When the NoR for the 2007-2008 Volvo Ocean Race came out I was delighted to see that leg 6 (I think) was 300 Nm from one Chinese port to another. Now there are only two major ports that distance apart, Qingdao & Shanghai so I threw my hat in the ring, emailed VOR and offered any help we could. I received a polite thanks, but no thanks reply as they had it all under control.

3 Months later I received another email – could we really help? Using their avenues they had got precisely nowhere. Within 10 days a meeting had occurred with the Shanghai Water Sports Director and others set up with the Shanghai Mayor’s office and the Party Secretary’s office. Come the day and come the hour the VOR CEO and Communications Director simply didn’t turn up, no call, no email, just a no show.

One of the people they stood up was a Mr Xi Jing Ping who’s name is now rather more familiar in the west than it was back then. When the Volvo VP for China Investments heard the tale he was, shall we say, less than impressed. A short while later VOR had a new CEO, Knut Frostad – coincidence of course.

I still went up to Qingdao for the stopover and was able to finally meet Marcus Hutchinson who I had interacted with back during our America’s Cup attempts. The plan was to cover some of the action and I was invited to make comments on the VOR radio boat. Not that there was much to see. Day one was aborted after Green Dragon ran aground on the way out of the harbour and by the time she floated the wind disappeared, day 2 you could hardly see across the harbour for Qingdao’s infamous fog.

On the Sunday afternoon Marcus asked how he could encourage me to stay for the postponed in-port race on the Monday. When I told him I had the day job he responded with “What if I could get you on one of the boats?” It wasn’t until 0800 the next morning when I picked up the foul weather gear that I know I would be sailing with Ken Read on Il Mostro. Those boats were/are awesome. Fully powered up, keel hard over and everyone on the rail in just 8kts of breeze and he even handed the wheel as we headed back in after racing. And the day job? Well it was still there the next day.

In the next VOR Sanya had both a stopover and a team. I was asked by the event director if I would handle the volunteer training and Stopover sailing experiences. Imagine my surprise when I walked in to the lecture theatre expecting 20-30 youngsters keen to learn and was met with 10 times that number. There was also a lack of RIB drivers so I also ended up driving for the likes of Ian Roman in seas of 1m plus and boats charging round at 20 knts and a photographer that wanted the last boat round the bottom mark then the first boat round the top mark.

According to the GPS we were hitting 44 knots from one end of the race course to the other but we (sorry HE) got the shot. I joked with Ian that he pressed the button but I got him there. It as to be the start of several times I was to be involved with getting photographers to the right place in time. It sort of brings out the powerboat cowboy in me.

The next VOR saw the third time a Chinese backed team enter in the shape of Donfeng and the highlight for me was speeding off into the pre-dawn in Sanya looking for the red boat to appear. Before we left the tracker told us she was miles in front having led most of the way from Abu Dhabi. The fleet of RIBs roared off into the night in a SE direction but thankfully our driver was a Race Officer we had worked with a number of times and he took our word that we should head South.

Sure enough 80 odd feet in the air a greed starboard hand light started to appear and we were able to get the first shots of her approach to the finish which some may remember appearing on the front page of Sailing Anarchy at the time. That year was also the start of me writing more for SA so quite a moment for me. As my wife was the Account Director of the team I was fortunate enough to go to a few more stopovers and the finish along with the prizegiving in Gothenburg, it was an exciting period and a large step forward in Chinese Sailing.

Of course the last, the very last tagged as Volvo, as it turned out, Ocean Race was particularly special. It started for us when VOR couldn’t secure a Chinese stopover but after months of trying my wife got involved and within 3 months had secured Guangzhou for the race (she’s done it again this time round with Shenzhen). I had a minor role in the team as a Rules Advisor but thankfully I was only called on a couple of times. I was fortunate enough to be on the team RIB as the boats came down the coast towards Den Haag.

But what a day that turned out to be. I don’t think I have ever witnessed such emotion, the atmosphere was electric, boat crew, shore team and families all buzzing and for all the right reasons. The decision to go inshore had largely been made before leaving Gothenburg yet as we docked out in the RIB to join the other 200+ boats on the water it as still all up in the air.  I think DFRT were 4th at that stage. A brilliant ballsy call.

A group of keen Chinese sailors had followed Dongfeng’s progress but wanted to do rather more than just observe so we helped arrange the charter of the VO70 Green Dragon (the first Chinese backed entry) so they could do the Legends Race – they had a blast. We left the Dongfeng party around 0000 and went to track them down. AS we walked into the restaurant still in our Dongfeng gar, they rose as one and applauded while chanting my wife’s name. and when the restaurant staff learned what all the fuss was about they put ‘We are the Champions’ on the stereo.

I am not sure when that party ended, I just know it was so late we grabbed a room at the hotel across the road rather than heading back to the team hotel. And then the prizegiving, the farewells, a final commiseration with David Witt who had gone from Witty to David over the course of our meetings. So many amazing memories.

clean and the dean After arguing about all sorts of Olympic topics for more than three years, Mr. Clean finally grabbed a very gracious US Sailing Team Chairman Dean Brenner for a candid interview about his US Sailing Team