virus strikes down under 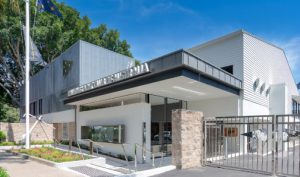 The Coronavirus pandemic has struck at the heart of offshore racing in Australia, the Cruising Yacht Club in Sydney. In a city where infection rates are low, the outbreak came as a shock to the sailing community. The CYCA is one of the busiest yacht clubs in the country and has a popular bar and restaurant trade.

Commodore Paul Billingham yesterday released this statement to the media confirming the outbreak: “At 9.30am today I received a call from Vice-Commodore Noel Cornish to advise that he and his partner Meg had just received advice that they had tested positive to COVID-19.

“They had sought testing after the NSW Government advised, on the evening of 26 July, that people who had attended the Thai Rock restaurant in Potts Point between 15 and 25 July seek testing. Noel and Meg had eaten there on 17 July 2020 and, while not directly contacted by NSW Government, went straight off for testing.

“As many of you know, Noel and Meg are popular Members and frequent visitors to our Club and their prudence in quickly seeking testing was justified when the positive result was received.

“We then acted as follows: I advised the Board of the conversation and decided to close the Club immediately for deep cleaning; CEO Justine Kirkjian and I also decided that we should have all of our team (Directors and Staff) tested – that has now largely taken place; The team will be self-isolating until the results of that testing is known in 48-72 hours.

“The Club will remain closed until Saturday 1 August at the earliest and, subject to the advice of NSW Health, assuming there are no other infections, the Club may well then reopen – we are not the first venue to have this type of brush with the virus and we will not be the last.”

Vice-Commodore Cornish is a popular figure in Australian offshore racing and campaigns his sloop St Jude in the full blue-water program, including the Sydney-Hobart Race. At last report both he and his partner were doing well.