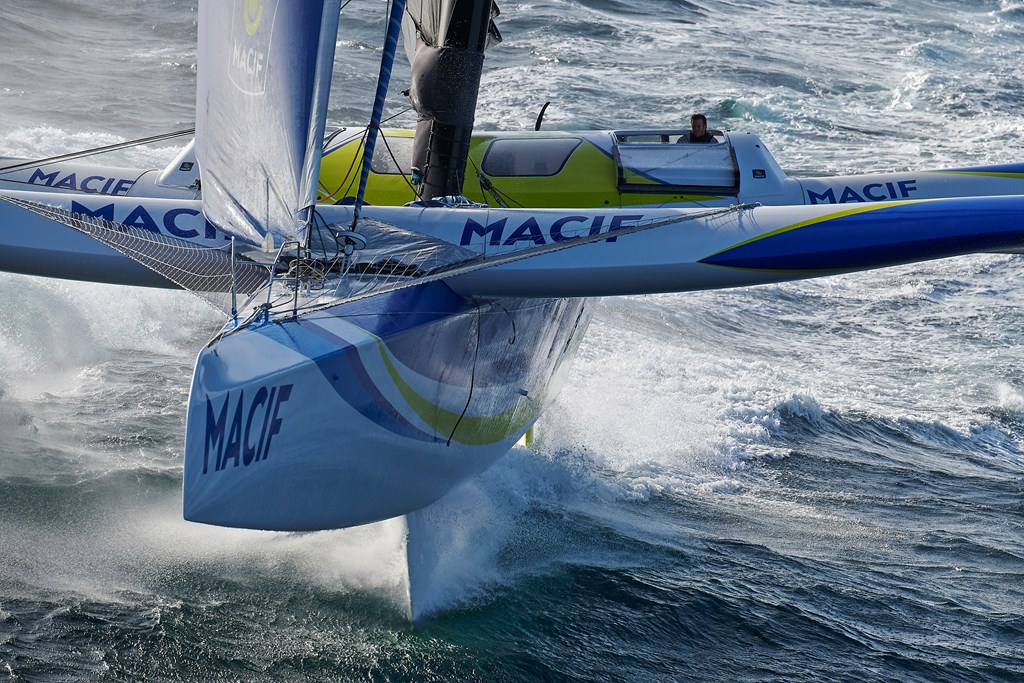 While the 32/23 Ultime class and fleet have suffered some setbacks as of late, there could soon be another boat back on the starting line with a new skipper and livery. Since putting the ‘old’ MACIF up for sale nearly a year ago to focus on the new boat, word on the street is that Francois Gabart and MACIF may have recently found a buyer.

Looking to get into a competitive maxi-tri to years, MOD 70 skipper and multi-time Vendée Globe veteran Marc Thiercelin has reportedly made an offer on MACIF, which is for sale for a reported 5 million Euros. Conferring with both Francois Gabart and top MACIF brass including Jean Bernard le Boucher, Thiercelin’s offer must have been worth their consideration as the boat was out sailing last Tuesday with Francois and his team from MerConcept onboard. Was this sail a first handover for the boat’s new owner?

After narrowly missing out on buying Thomas Covile’s old Sodebo, Thiercelin has put together a new company including several shareholders for the purpose of buying MACIF. With five parties reportedly interested in the boat, including an American team, MACIF is said to have narrowed it down to two potential parties and is favoring the sale of the boat to a team that would participate in the Ultime Collective, which is thought to be on life support at this time.

For Thiercelin’s part, his campaign would be an ambitious one likely to include the Route du Rhum, Transat Jacques Vabre, a round the world record and a lot of the big classics such as Fastnet and Middle Sea Race. – Ronnie Simpson.

a tale of two parties