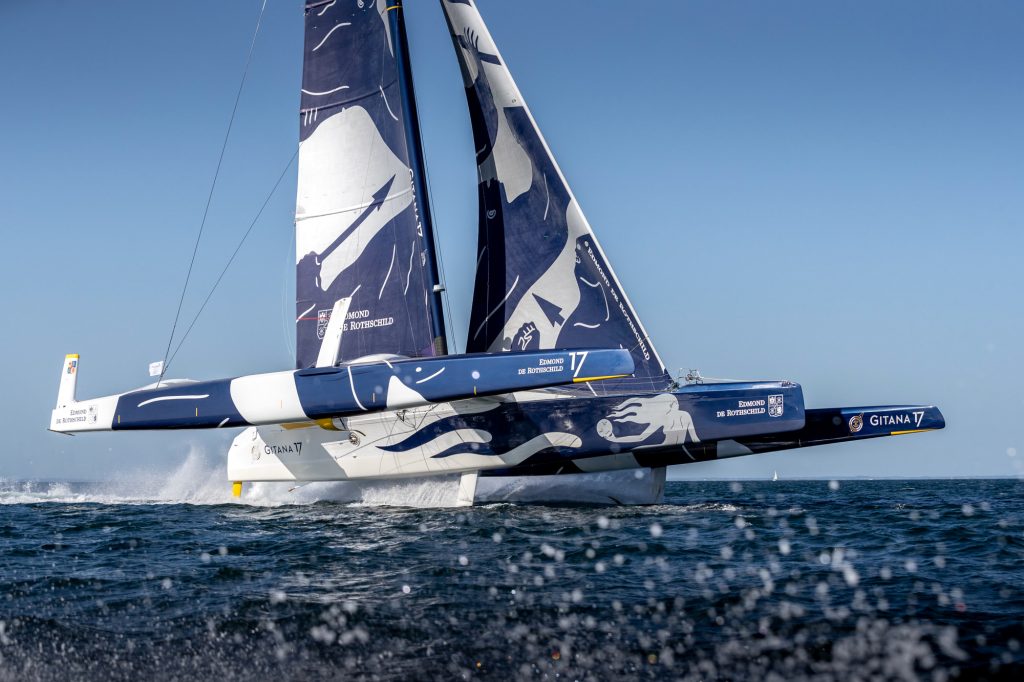 The beaming smiles of the six sailors aboard the Maxi Edmond de Rothschild said it all this Tuesday lunch time after crossing the finish line of the Drheam Cup 2020 offshore of La Trinité-sur-Mer in south-west Brittany. And to add to the magic of the moment, it was in full flight making over 35 knots that the 32-metre giant rounded off the 750-mile course that began at noon on Sunday in Cherbourg. What a show!

The Cammas-Caudrelier duo and their men took victory after 1 day 21 hours 30 minutes and 33 seconds, two hours ahead of 2nd placed Sodebo, Actual completing the podium. It was a hotly contested and thrilling match between these three crews thanks to some very varied conditions, ranging from 1 to 22 knots of breeze!

With a firm hold on the head of the fleet from the start despite the light winds, the sailors of Gitana Team hung onto the top spot throughout the 750-mile course. Last night, they made the most of a long and particularly dynamic reach to definitively open up their lead to take line honours shortly after 10:30 hours local time this Tuesday 21 July.