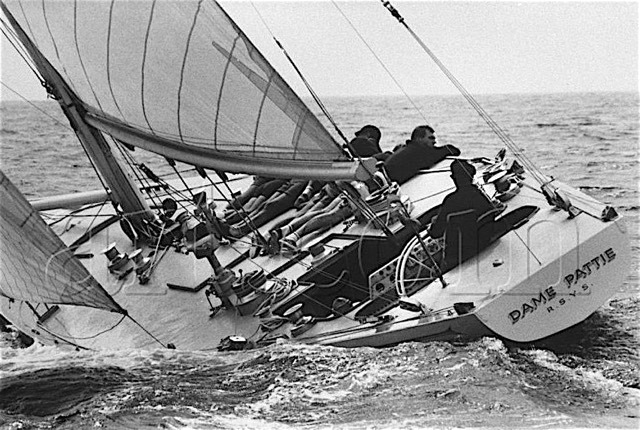 “We Australians have built only two 12-metre boats; the Americans have built 22. I’m not offering excuses for Pattie’s defeat, only explanations. When the syndicate built Pattie it decided to punt on light weather at Newport.

Therefore they built a boat which would do her best at 10-12 knots. This was a bad mistake. There is no doubt that Pattie is much tenderer than Intrepid. In a stiff breeze you could play billiards on Intrepid’s deck, while Sturrock has three crewmen pumping out the water that sloshes into his cockpit. Pattie also had troubles with her sails stretching. For some reason, off Newport, they began to bag.

Finally, there were problems with Pattie’s crew. The afterguard may be getting a bit old. Averaging around 50, they seemed slow at times getting the mainsail over during gybes. I’d like to open up the America’s Cup to the whole world. But most of all, I hope that we Australians can have another go.”

(Bill Northam – later Sir William – came late to sailing and won the 5.5 metre gold medal at the 1964 Olympics, aged 59. He was chairman of the Australian branches of the Johnson & Johnson and Slazenger companies, and campaigned Caprice of Huon offshore before selling it to Gordon Ingate and setting his sights on the Olympics.)

how not to train your dragon