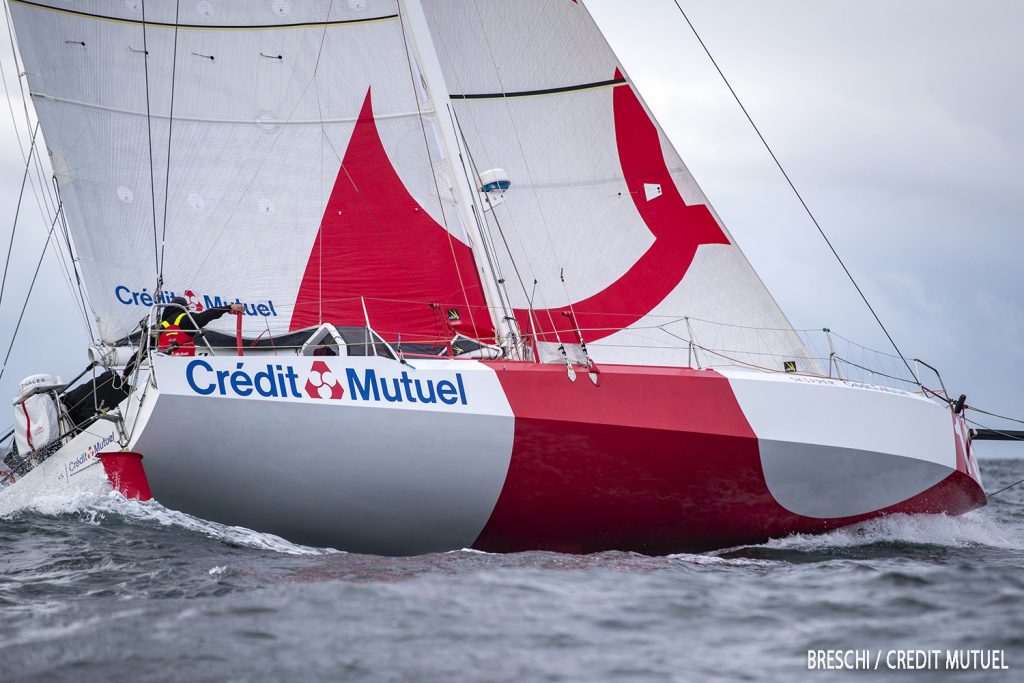 The IMOCA fleet aren’t the only solo sailors out in the North Atlantic right now. Two-time Mini Transat winner and current Transat Jacques Vabre winner in the Class 40 category, France’s Ian Lipinski is currently taking on the fully crewed Class 40 record for sailing around the British Isles, and doing a damned good job of it despite the fact that he is sailing solo.

Sailing his ultra-quick and innovative David Raison-designed scow bow Class 40 Credit Mutuel, Lipinski jumped out to a commanding early lead of just over 200 miles over Phil Sharp and crew’s 2018 Class 40 record of 8 days 4 and a quarter hours. Riding a depression up the east coast of England and Scotland, Lipinski was making great time until he ran into some light air and then had a shit fight in getting around the Shetlands at the top of Scotland, shedding miles the whole way.

Going into the red for the first time off to the west of Scotland, Ian fell some 150 miles off record pace while working his way down Scotland and the west coast of Ireland, but with Sharp and crew slowing down near their finish while Lipinski is instead speeding back up, that 150 mile deficit is now just under 8 miles with some 115 miles left to be sailed.

With moderate tail winds that should go northerly and line up a nice beam reach for the fastest Class 40 ever built, this record attempt is likely going to come down to the wire. You can follow Ian along the home stretch into his finish off Lizard’s Point on Credit Mutuel’s excellent site and tracker.

Win or lose on this record attempt, with wins in both the Series and Proto class of the Mini Transat, along with a Class 40 win in last year’s Transat Jacques Vabre and a 24 hour record along the way, LIpinski is certainly cementing his position as a top favorite for the 2022 Route du Rhum, which is looking more exciting than ever as several new Class 40 builds are currently under way.

With a host of top Mini, Figaro and Class 40 talent racing right now in the Vendée – Arctique, it should only be a matter of time before we see Ian joining the fray onboard a new IMOCA. Vendée Globe 2024? Big shout out to user Miffy for starting the thread in our excellent forums and bringing this one onto our radar.  – Ronnie Simpson.

hell of an open