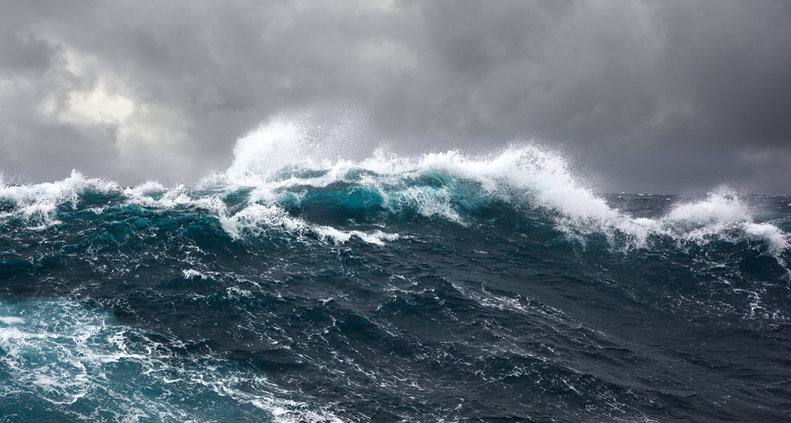 “Of all objects that I have ever seen, there is none which affects my imagination so much as the sea and the ocean. I cannot see the heaving of this prodigious bulk of waters, even in a calm, without a very pleasing astonishment; but when it is worked up in a tempest, so that the horizon on every side is nothing but foaming billows and floating mountains, it is impossible to describe the agreeable horror that rises from such a prospect. A troubled ocean, to a man who sails upon it, is, I think, the biggest object that can be seen in motion, and consequently gives his imagination one of the highest kinds of pleasure that can arise from greatness.”

(Addison’s travels to Europe and Ireland gave him first-hand knowledge of the sea. A brilliant essayist he was a leading contributor to The Tatler and The Spectator, periodicals that helped establish the English tradition of social and literary criticism.)