then it hit us 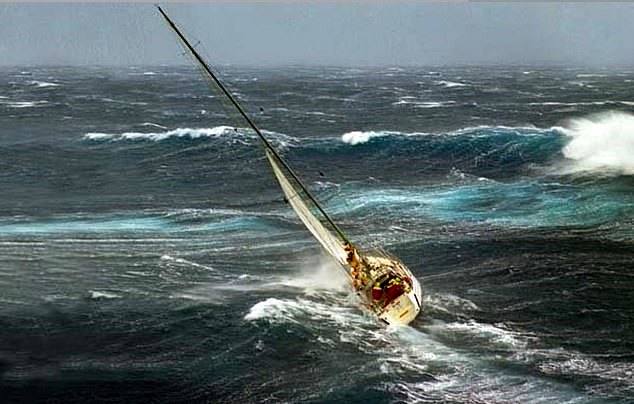 “We didn’t know much about it because we’d turned the radio off as soon as we’d given any information we had to give. But then someone put it on again and there were helicopters taking people off boats and all kinds of things. Apparently I got on the radio as team captain to encourage the other boats to keep going. They reckon I said ‘Don’t give up’. I don’t remember doing that but I do remember hanging on for grim death.

We went over a big green one and then out the back of it. There was another big one coming like a dumper in the surf. I said to the crew, ‘This bastard’s going to break!’ Then it hit us and we were under water for a while. When we came up there were no sails on deck. The headsail we had up and the reefed main were all gone. But we were still there, thank Christ!”

(The storm that overtook the fleet in the Irish Sea on the third day of the race saw winds of up to 80 knots and waves topping 50 feet. Fifteen sailors perished, 75 yachts capsized and 24 were abandoned. Of the 303 yachts that started only 86 finished. All three Australian entries completed the course, clinching the Admiral’s Cup.)