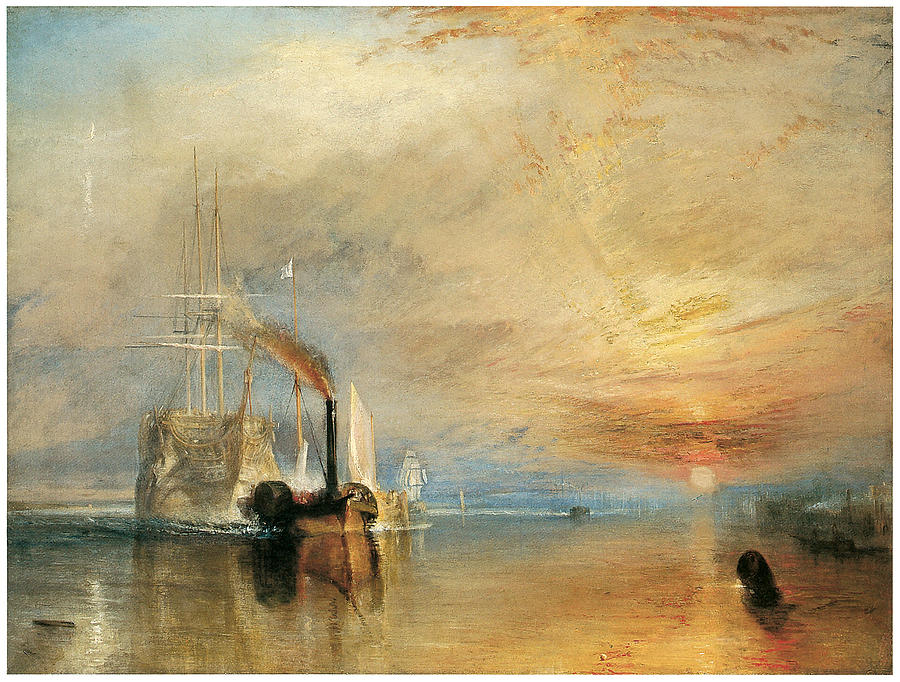 “The Fighting Téméraire, tugged to her last berth to be broken up, 1838 has become one the best-loved paintings of all time. It brings and balances facts together: sail and steam, air and water, past and present, setting sun and new moon; it balances qualities: old age and the new, dignity and presumption, silence and noise, steadiness and urgency, the temporal and the eternal; and it balances geometric forms: the horizontal, the vertical and the diagonal.

Where these lines rush towards the setting sun, the black tug and its ghostly white charge move inexorably out into our space. The Fighting Téméraire redirected Turner’s reputation. He was raised up again like an artist-hero.”

(Turner never sold the painting. It remained in his studio until his death in December 1851 and became part of his bequest to the nation.)