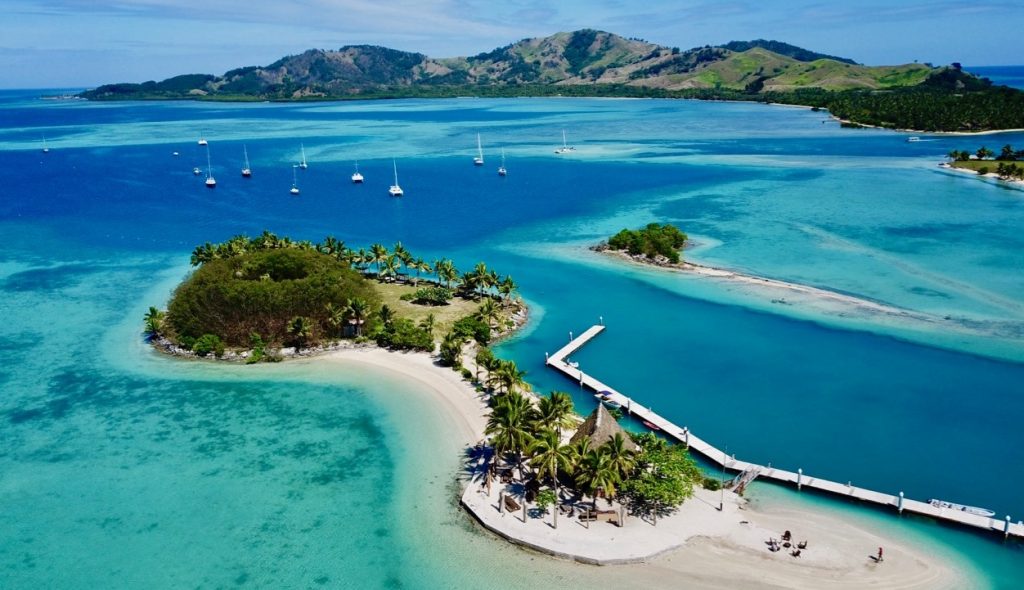 Just as much of the world – and the sailing world – is beginning to shake their lockdown hangover and move back to a world that somewhat resembles normal, so too are maritime borders beginning to re-open. While the South Pacific remained one of safest places on earth during the COVID 19 pandemic, with several nations recording zero confirmed cases and most seeing no loss of life, their borders were also universally shuttered to prevent the spread of the virus.

These restrictions are now beginning to be eased however, with regional powerhouse Fiji recently announcing that they are re-opening their borders to foreign-flagged cruising vessels and super yachts. From a sailing and cruising perspective, this is good news for a lot of Anarchists. From an America’s Cup 36 perspective, this is even better news.

While the dumpster fire that is the Trump admin’s COVID response continues to burn as protests fan the flames of incompetence, the emergency escape is beginning to open for many sailors. Dreams of seeing AC 75’s fly above the waters of Auckland likely died out with the ‘rona for a lot of sailors, but those dreams may again be a reality with an established water-borne path to New Zealand beginning to re-emerge.

Vitally important to the Fijian economy, cruising yachts and super yachts also possess the ability to undergo self-quarantine at sea and to be evaluated on a case-by-case basis for entry, making them infinitely safer than aluminum germ tubes whic can spread the virus at more than 600 miles per hour, as we are now seeing with the re-infection of Fiji’s recently COVID-free neighbor to the south; New Zealand.

Fiji’s Prime Minister Voreqe ‘Frank’ Bainimirama – himself an esteemed Naval Commander – gave a nationwide address on Sunday in which he laid out how, and why, the borders would be re-opened with a big emphasis on welcoming foreign yachts. “Being alone at sea is a verifiable, self-contained quarantine. That means anyone coming by pleasure craft to Fiji, so long as they haven’t interacted with others, are very low-risk, but their economic impact is very high-reward,” Bainimarama explained. “These ships – particularly super yachts – produce immense economic value for Fiji. That’s why Fiji will also be establishing safe ‘blue lanes’, open to those yachts and pleasure craft sailing to Fiji. But the requirements are strict.”

Among those strict requirements are a negative COVID test for all crew before going to sea. Once testing negative for COVID, boats and crews will then be required to quarantine for 14 days before they are allowed to travel around Fiji. If their voyage to Fiji were to take, say 10 days from New Zealand, then that boat and crew would have to quarantine for 4 more days upon arrival at their own expense.

Once the crew has met their 14-day quarantine requirement, then they would be screened for symptoms before being given the green light to get their cruising permit and freely cruise around in Fiji. For sailors coming from America, a simple negative test for COVID and a 14+ day passage would suffice. Keen to re-start the economy while also providing a staging ground for the next America’s Cup, Fiji is once again taking a leadership role in the region. While yachts and super yachts are welcome to come to Fiji, cruise ships are still strictly prohibited.

As well as opening maritime borders to visiting yachts – the first in the region to do so – Fiji is also taking a lead on establishing a ‘Bula Bubble’ for international tourists. Named for the nation’s famous greeting, the Bula Bubble will allow visitors from nations like Australia, New Zealand and other Pacific islands to fly into Fiji and resume tourism; a vital resource to Fiji’s tourism based economy.

With good boat yards and marine facilities and a veritable cruiser’s playground located just a stone’s throw from the 36th America’s Cup, Fiji is quite literally the best place on earth that one could sail to right now. Before the borders were announced as being open, more than 100 yachts had registered interest in sailing up from New Zealand, so with any luck there will still be a good crowd before September’s annual Musket Cove Regatta! – Ronnie Simpson.