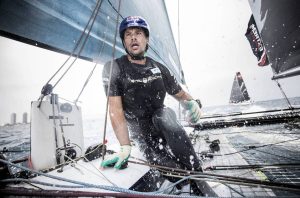 A sailor that we hardly know of, Adam Piggott, mostly known for sailing in the now dead Extreme series, and also being found after going missing, wishes he had not been found here. What the fuck, bro?

Adam Piggott appeared at Southampton Crown Court on Friday faced with charges of attempting to engage in sexual activity with a child and attempting to meet a child for sexual activity. Using social media, the 31-year-old messaged a 13-year-old-girl called Molly between October 28 and November 7, 2019.

He started the conversation by sending her a message from a profile with the name of Martin – his middle name. Piggott, of Mansfield Park Street, asked what she was “into” and what she looked like, the court heard.

out with the old…

neither surf nor turf