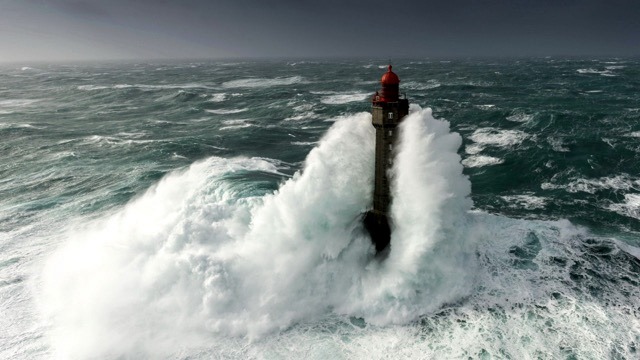 “The sea – this truth must be confessed – has no generosity. No display of manly qualities – courage, hardihood, endurance, faithfulness – has ever been known to touch its irresponsible consciousness of power. The ocean has the conscienceless temper of a savage autocrat spoiled by much adulation.

He cannot brook the slightest appearance of defiance, and has remained the irreconcilable enemy of sailing ships and men ever since ships and men had the unheard-of audacity to go afloat together in the face of his frown. The most amazing wonder of the deep is its unfathomable cruelty.” – Joseph Conrad – The Mirror of the Sea (1906)

(Conrad – born Jozef Korzeniowski in the Ukraine in 1857 but of Polish parents – joined the merchant marine aged 16 and did long service “under the Red Ensign”. His voyages brought him to Australia three times. Many of his short stories and novels depend on the sea and seafarers for their subjects.)