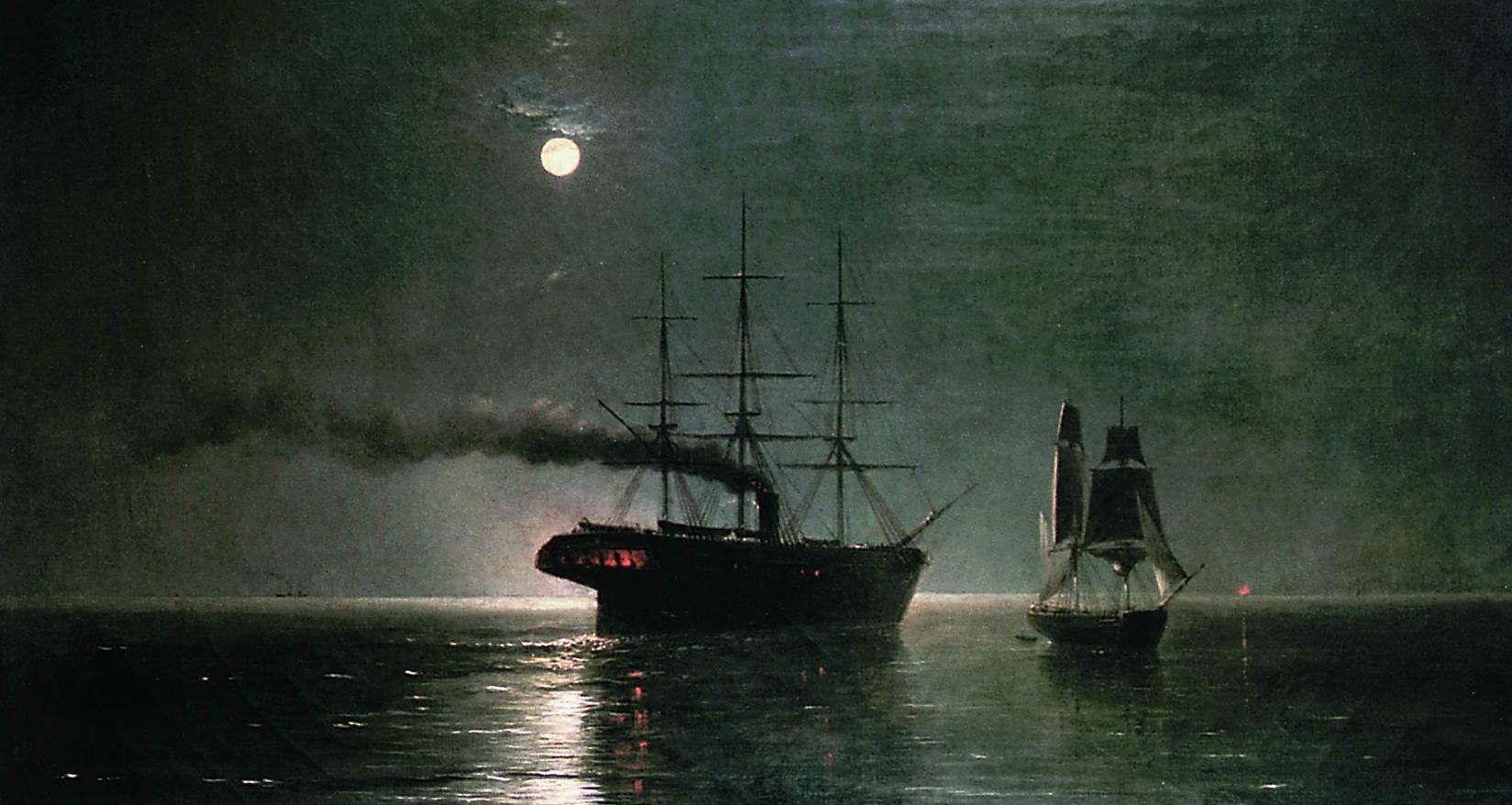 “To one unaccustomed to such scenes, this is a very striking time on shipboard. The gloom through which the great black mass holds its direct and certain course; the rushing water, plainly heard, but dimly seen; the broad, white, glistening track that follows in the vessel’s wake; the men on the lookout forward; the helmsman at the wheel, with the illuminated card before him, shining, a speck of light amidst darkness, like something sentient and of Divine intelligence; the melancholy sighing of the wind through block, and rope, and chain; the gleaming forth of light from every crevice, nook, and tiny piece of glass about the deck as though the ship were filled with fire in hiding.”

(Dickens made two trips to America – a rather unhappy visit in 1842 and a longer, and highly lucrative, speaking tour in 1867-68. Mark Twain saw him perform in New York.)