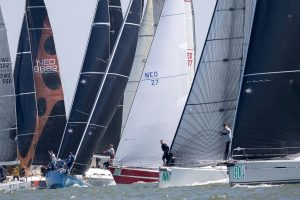 Despite a strong entry list from the United States and abroad, and the exhaustive efforts of the New York Yacht Club along with the governing bodies for the ORC and IRC rating rules, the decision has been made to cancel the 2020 ORC/IRC World Championship, originally scheduled for Sept. 25 to Oct. 3 at the New York Yacht Club Harbour Court in Newport, R.I.

“The impact of the coronavirus has been felt throughout the sporting world,” said Christopher J. Culver, Vice Commodore of the New York Yacht Club. “Given the challenges involved with shipping boats and teams to the United States from Europe and elsewhere and the lead time required for foreign teams to make a competitive run at this prestigious world title, we don’t feel that a representative world championship is possible.