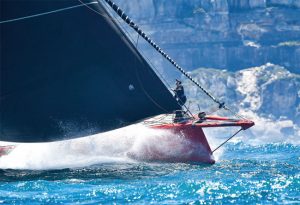 The KZ Racefurlers product line coming from KZ Marine has evolved and diversified over the past quarter of a century but the New Zealand company has remained rock solid on the founding principle that if a stock item does not meet the requirement, it will devote every effort in customizing a solution that does.

From small beginnings, KZ Racefurlers has grown into a major player in the production of furling systems for grand prix race boats and superyachts, all the way through to club racers and cruisers. With the rise of Code Zero type sails and multiple staysail set-ups on large race yachts, efficient furling systems play an increasing role in high performance sailing.

‘We produce furlers, swivels and top down adapters with safe working loads from small one- ton units for seven-metre yachts up to a 45-ton unit we are currently working on for a 38m racing superyacht currently in build in Europe,’ says KZ Racefurlers general manager James Gordon. Read on.