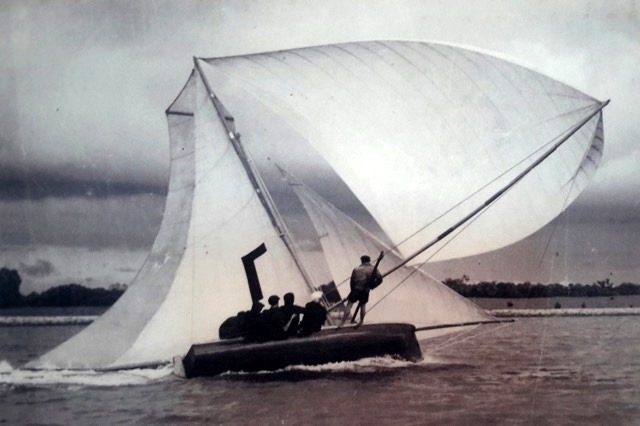 “Competitive sailing in the early part of this century was a tough game. Ropes were made of coarse vegetable fibre which became stiff with water, tearing skin from the palms of the hands and rapping knuckles until they bled. Sails were made of cotton canvas that became stiff and unforgiving in use. Handling a flogging sail meant calloused hands and torn fingernails.

Even the cloud of canvas that was carried by the smallest racing skiff often required eight or more to keep it under control. Indulging in sail-boat racing, therefore, was something of a masochistic exercise and one wonders where the battered crews found so much enthusiasm, particularly for such a tough competitive sport as was practiced every Saturday on Sydney Harbour. It was a spectacle without peer.”

don’t fuck with a falcon