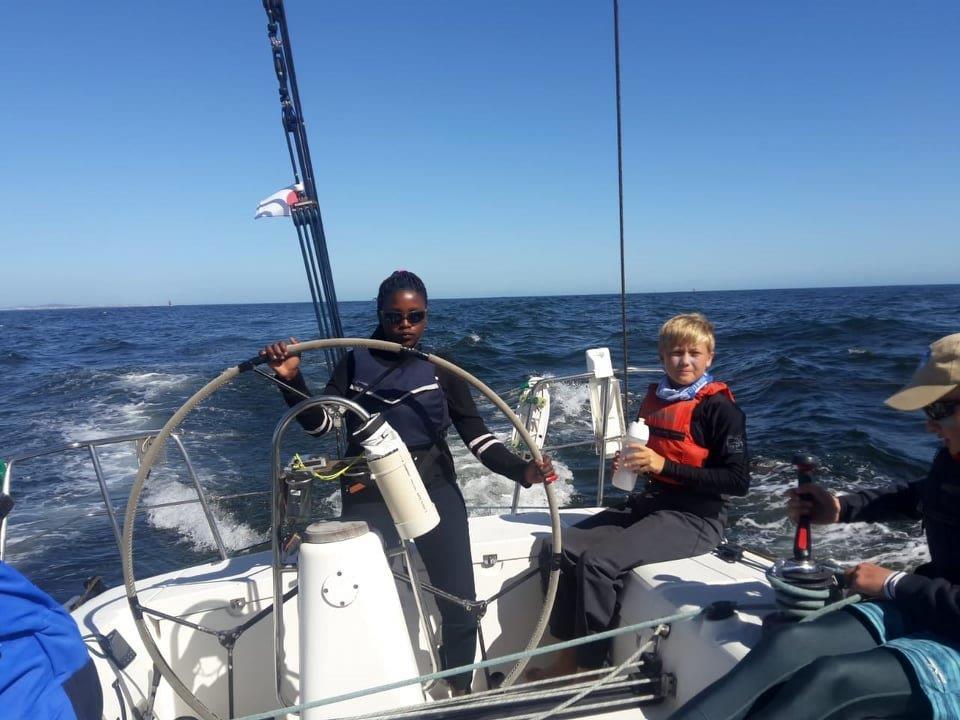 On May the 12th my Daughter Elisa Falcon will turn 13 and become a teenager. It will probably be her first Birthday not celebrated at a sailing club, but we have been unable to go there for some time now and after almost two months locked down at home things are looking a little grim on the party front.

Being our third child she started early and was sailing on her own at age 4 and a half and if you ask her how she learned she will stare at you as if you asked someone how did they learn to walk, or breathe.

She is the loudest girl on the South African Optimist scene. An Optimist start line without Elisa is like being at the museum, eerily quiet. It is very rare to find a dinghy sailor here, in South Africa, young or old, that does not know Elisa yet.

On double handed boats she rarely concedes the helm to anyone else, maybe if you are the owner of the boat you get a turn. As much as she enjoys to play and party, once on board she can become as focused as a sniper, constantly hissing commands at you and talking you through the whole race. She enjoys going to regattas and she strongly believes you should never ever get a DNC at the after racing party. Nevermind if there is no sailing, but parties are why regattas are organized.

At the moment she is at a good level, this was the year she had planned to qualify and go to Optimist Worlds, and her training was geared towards it but with the Pandemic this may not happen. We don’t know yet.
Meanwhile with her crew Hannah they were the top Ladies helm at the last 420 Nationals, which were held in 2019, here we are in autumn now, and they were youngest sailors at that event. Her 420 is Purple because pink had already been taken by her brother.

This past season she also started sailing keelboats, but the focus remains on dinghy sailing or, for the past few weeks, the hiking bench that now occupies our living room. – Anarchist Stefan.