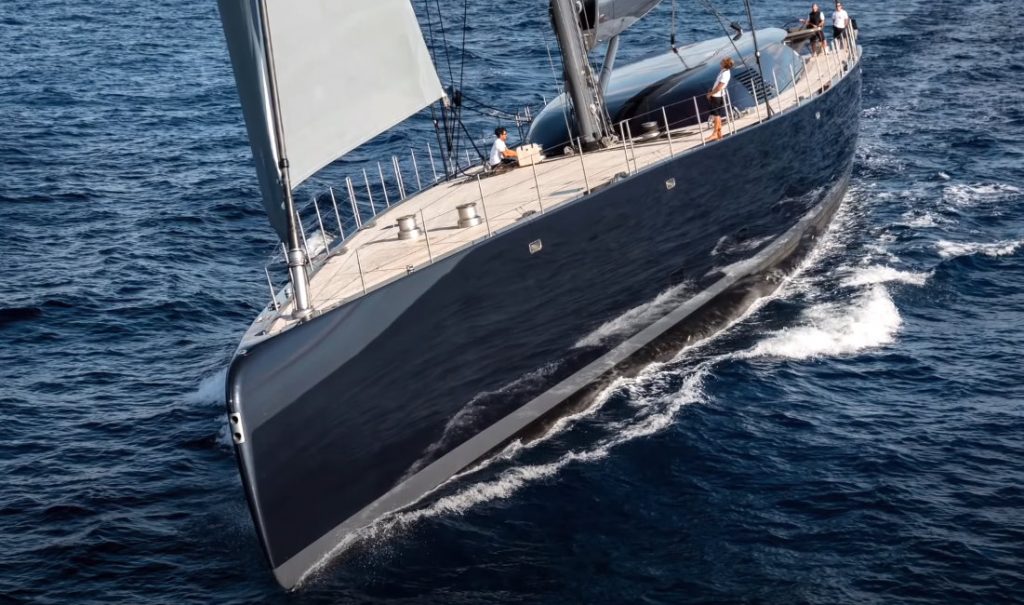 As time wore on a one off racing yacht is something of a peculiarity unless they are at the rarefied size of 70 to 100 feet long. One cannot really make a living out of designing racing yachts any more but luckily the superyacht industry came along and having been immersed in yacht racing design from the mid-seventies through to the mid-nineties, the change into superyacht design gave Dubois Naval Architects a second success chapter, perhaps even greater than the first.

It was abundantly clear that Ed Dubois felt that he would not have been able to design such beautiful, almost iconic superyachts had he not had the racing yacht experience and success that he had in the first part of his career.

The sailing superyacht is a phenomenon that came about because of the ability for these boats to not only have motor yacht luxury but to also sail well and all with less crew than used to be the case. Powered winches, furling sails etc have allowed small crews to operate very large quite fast yachts and therefore one can indeed have a ‘beach house’ that sails really well.

Dubois Naval Architects certainly had a good share of the market.  Ed Dubois thought this is for the following reason:-  “When I was designing racing yachts, my main competitors were designers such as German Frers, Philippe Briand, Brue Farr, Ron Holland and Doug Peterson.  We all moved into designing larger and larger yachts but I think one thing set us apart from the others.  This was the realization that while the hull design, rig design, keel etc was all vital to the performance of the yacht, what mattered beyond this was how one lives on the yacht – the lifestyle, the access to the water, the flow of one space to another and especially sight lines and the look of the yacht.”

(And it has to be said that it was certainly true that a Dubois yacht had a certain ‘look’ about it.)

“I don’t think that Ron Holland or German Frers minded much about this – they were just interested in the sailing performance of the yacht.  But I realised, because my clients were telling me, that the space planning and lifestyle onboard the boat was vital.  Whether the yacht went 14 knots or 14.2 knots was of course important but it was only a part of the requirement.  We also never gave up the responsibility of designing the superstructure to an interior designer.  This has happened in a number of occasions with other designers but it’s a mistake because the signature of a designer, on large yachts, surrounds the superstructure, not necessarily the hull shape.”

(Dubois therefore nurtured a particular style – quite modern and always allowing a protected view from a raised saloon, that ‘Dubois look’ or trademark I mentioned above.) That is not to say that this is the only style of boat we will design – the flush deck Silvertip is an exception and we’ve also designed some classic yachts – we enjoy this as well but it is for our larger, modern yachts that we are known i.e. the latest Kokomo, Bliss etc.  People love being on these boats – people other than just sailors.  To be continued.  – SS