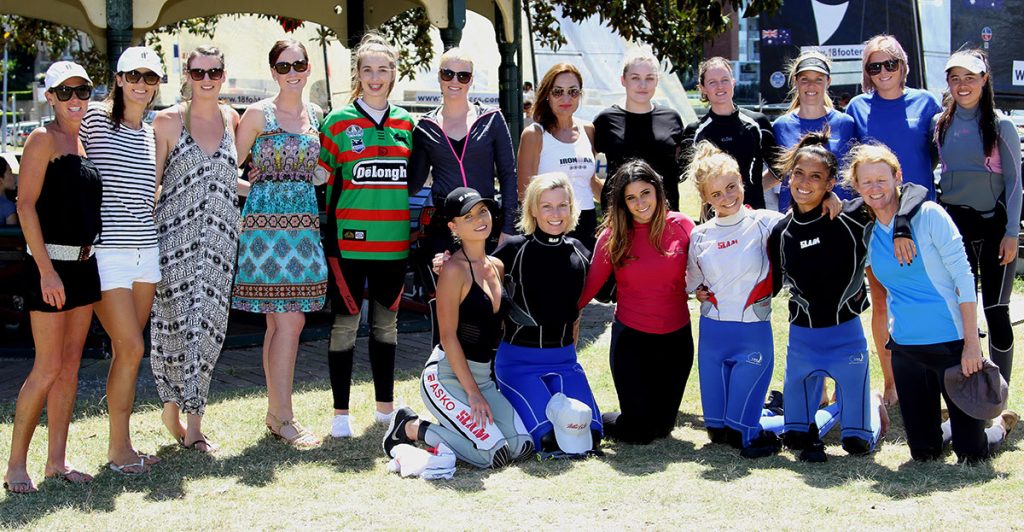 Good stuff from the boys and girls at the Aussie18 Footers League.

It was unfortunate that we had such a sudden end to our 2019-2020 Sailing Season, but well done to all to get the JJ Giltinan 18ft Skiff Championship to be completed. It wasn’t possible to save the time-honoured ‘Queen of the Harbour’ event but there’s no doubt the club will arrange a suitable date as soon as all restrictions are lifted.

To say that the Queen of the Harbour (originally known as the ‘Queen of the Waves’) is one of the most important events to the Club is not over-stating the truth as the annual event has a history almost as long as the League itself. The League was formed in 1935 and by 1936 inaugurated a competition to raise funds for the Royal Alexandra Hospital for Children, Camperdown. To achieve their goal, a decision was made early in 1937 to stage a Queen of the Waves competition each year.

The aim was to use the proceeds from the competition “to build a school at the hospital to have crippled children transported from their homes to the hospital, receive treatment and education, and then taken back home each day.”

Co-operation of both individuals and businesses enabled the scheme to get off to a successful start. Candidates for the honour of being named the ‘Queen’ were nominated, more than $6,000 raised, and plans were made to build the school on the Booth Street frontage of the hospital. Due to the world unrest at the time, activities were curtailed and the $6,000 was handed to the hospital as a trust fund. Hospital authorities then decided to build the school with other funds they had and named it the Fred Birks Activity School. Authorities then suggested that a wing of the school be named after the club.

The League weren’t happy about that arrangement as the donations by members were made specifically for the purpose of building the school. An agreement was finally reached for the club to use its funds to take over a ward at the hospital, have it renovated, and use it for in-patients on nearly the same lines as the club had originally intended.

From then, the Queen of the Waves (now known as Queen of the Harbour) Competition has been held each year until it had to be postponed this year. The incredible success of the competition in those early days of the League was published in the club’s 1972-1973 Annual Report: “The total amount donated to the hospital from 1937 to the present (1972) has reached $58,434. Add to this the amount the sum of $6,560 raised from the Ladies’ Committee by competitions on the Official Ferry and other ferries, and donated to the hospital, making the grand total of $64,994.”

Aside from the renovations to the ward, the club also donated a virus laboratory (how appropriate considering the present situation), microscope and microsurgical instruments, tissue processing apparatus as well as other instruments and sundry items. The League’s 1972-1973 Annual Report added: “The club certainly owes a debt of gratitude to the foundation members of our club for their foresight in the work of charity to put our club out on its own and the leader in charitable acts by Aquatic clubs throughout the world.”

“The unselfish work performed by Queen Candidates and their helpers and friends throughout the past thirty-six years deserves the highest degree of merit. We know that they have the satisfaction and peace of mind in the knowledge that their efforts have gone a long way to alleviate the sufferings of the little ones in the hospital.”

By 1972-1973 standards, the League’s contribution was nothing short of amazing for a small sailing club based in Double Bay, on the shores of Sydney Harbour. We can only look forward to getting the go-ahead ASAP to recommence our racing and make up for the race we lost on March 29, 2020.