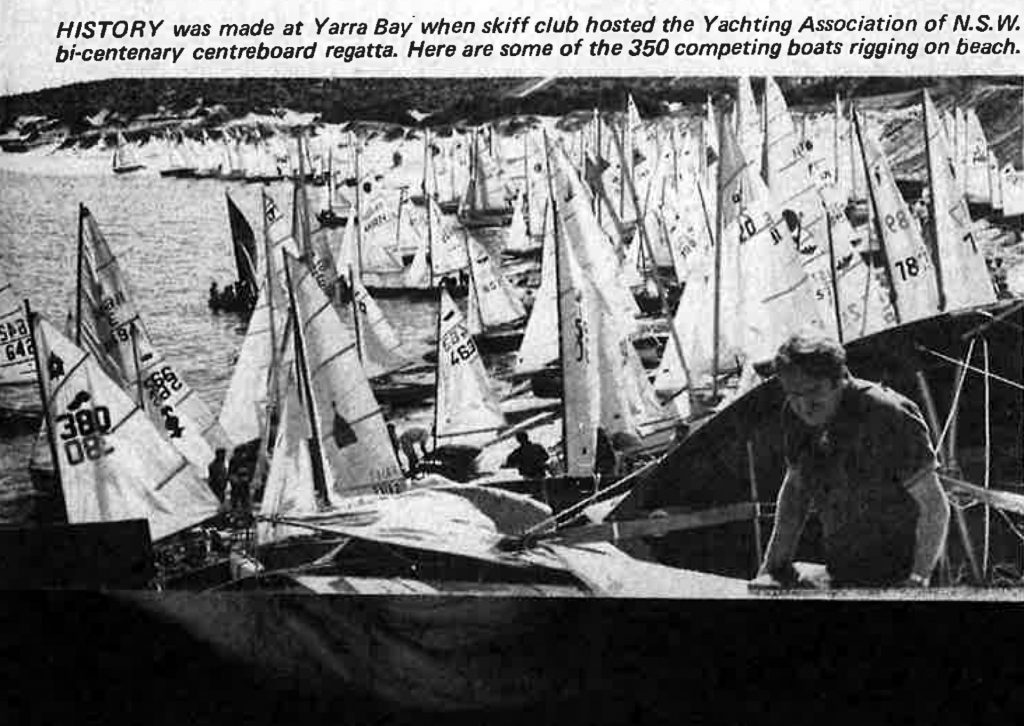 This is a photo taken 50 years ago today commemorating the 200 Year Anniversary of Captain James Cook landing in Australia at Botany Bay. Sydney’s population then was 2.6 million now over 5.3 million.

350 boats then would lead you to think there should be over 700 boats if a race was held today. Unfortunately I think we would struggle to get 100 boats.  By the way that is my Sabot sail number 463. It was my first inter club Race. – Anarchist Michael.