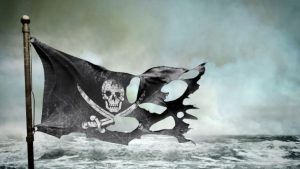 Marine insurer Gard has issued an alert after the high number of piracy attacks on offshore support vessels in the southern rim of the Gulf of Mexico this month.

The US Maritime Administration (MARAD) issued an Alert on April 17 saying that a maritime threat has been reported in the vicinity of Ciudad Del Carmen and Dos Bocas, Mexico, in the Bay of Campeche area in the southern Gulf of Mexico. Four reported attacks took place between April 4 and 14, 2020, involving crew injuries and theft. A previous attack was reported in November of 2019.

The International Maritime Bureau’s Piracy Reporting Center (IMB PRC) reports another incident that took place on April 15, approximately 12 nautical miles north of Ciudad del Carmen, Mexico. Six men armed with automatic weapons and pistols boarded an anchored accommodation construction barge. They attempted to enter into the accommodation without success and opened fire towards the superstructure causing damage to three windows. The pirates stole the barge’s high value project equipment and escaped. One crewmember was injured during the incident. Read on.