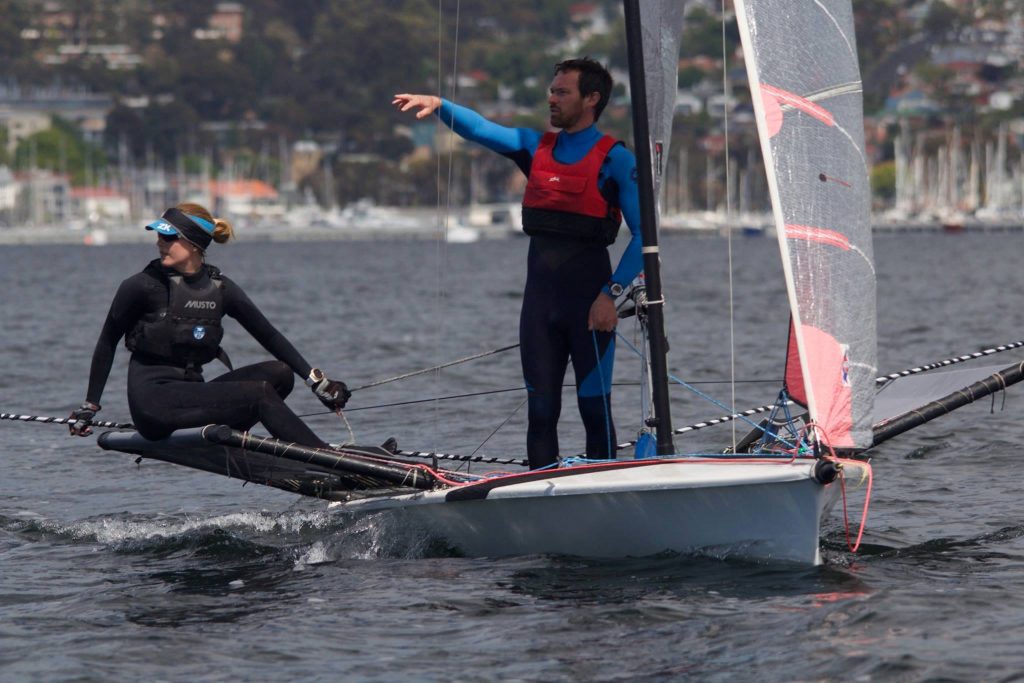 Introduced to the water at just 4 ½ Kirsty (Kizzy) Salter can probably not remember the time before she sailed. So passionate about the water that her university degree (Honours) was in Maritime Studies.

From there after a short period with Kevin Sproul at Sobstad she went on to become Marine Accounts Manager for Wed & Wild, the vinyl wrap suppliers leading to her racing on a number of the Farr 45s on the Solent while also sailing her Foxer Dinghy on the Hamble River. The little Foxer doesn’t look much but when you look at the protagonists sailing them (including VOR veteran Rob Greenhalgh) it would be difficult to not have your skills sharpened.

Sailing in a number of world championships one of her highlights much surely be a 2nd place with Rob Greenhalgh in the 120 strong SB20 fleet a few years back but she has also competed in the world championship so the likes of the X-35 and Farr 40 (twice) and the B14. Oh yeah, this wasn’t too bad either!

Still turning in the results over the past couple of years with a several wins in the strong Hobart SB20 fleet, a 10th in the B14 Worlds, top female helm at the Australian Sharpie Nationals, a bouncing baby son (the next generation) with her husband Julian and most recently drove to overall success in the Tasmanian Sharpie State Championship breaking a male dominance of over half a century and she doesn’t look like she is anywhere near done yet. – SS.