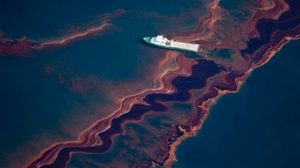 April 20 marks 10 years since the Deepwater Horizon platform exploded in the Gulf of Mexico, causing the worst oil spill in U.S. history and killing 11 rig workers.

An estimated 210 million gallons of crude oil was released into the Gulf of Mexico over 87 days. Oil slicks from the blowout covered an estimated area of 57,000 square miles (149,000 square kilometers).

The legal battle resulting from the oil spill eventually resulted in the largest environmental damage settlement in U.S. history. BP’s total costs for the explosion were around $65 billion. As a result of the criminal and civil fines, more than $16 billion was made available for the restoration of the Gulf of Mexico. Roughly $12 billion remains and will be used through 2032. Read on.

keep your eyes on the road