the coke must go on 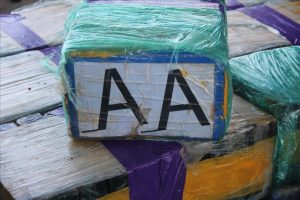 Working in conjunction with Costa Rican authorities, the U.S. Coast Guard recently detected and intercepted a shipment of nearly $30 million in cocaine in the waters of the Eastern Pacific.

The Coast Guard cutter’s small boat intercepted the fishing vessel, the Costa Rican-flagged Amanda M, and the team received authorization to board her. Over the course of an extended search, they discovered several false compartments throughout the boat, and by Thursday morning they had uncovered 1,700 pounds of cocaine. Read on.