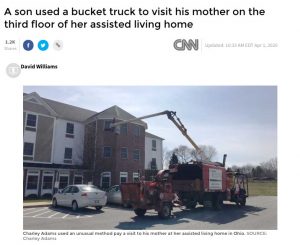 This is a good story, at least I think so. It’s a little circuitous so stick with me. There is a happy ending. I was trolling through Facebook this morning trying to kill some Covid-19 time when I saw a post by my friend Steve Baker. Steve is a naval architect and in the 90’s designed a terrific little 40-footer for single-handed sailing.

One of the boats was for a gentleman by the name of Bob Adams who lived in Newport, Rhode Island. The other was for a Russian by the name of Viktor Yazykov who entered the ’98/99 Around Alone race. Viktor was late getting to the start in Charleston but finally got going a couple of weeks behind the rest of the fleet. In the mad scramble to get ready he cut his elbow which started to get infected once he got into the warmer tropical waters. The cut soon blew up into a golf ball sized wound which the race doctor advised needed to be lanced.

Viktor cleaned his nav station with anti-septic and prepared for the operation. He tied a tourniquet around his arm on the advice of the doctor with whom he was communicating via email. He also set up his camera to film the operation. With everything ready to go he took a scalpel and slashed the golf ball. You can see it all on the film. He cuts his elbow, blood and puss squirt everywhere, and Viktor passes out. He drops out of the frame.

The doctor tried frantically to reach him but no reply; for 12 hours. Turned out Viktor had been taking aspirin for the pain and had forgotten to mention this to the doctor. His blood was so thin that he passed out as he started to bleed profusely. He finally came too laying in the bilge in what looked like a scene from Edward Scissorhands. Funny thing about that story is that the 12 hours he was passed out was the best 12-hour run for his entire circumnavigation.

Another thing about Viktor was that he was one of the first volunteers to go into Chernobyl after the nuclear explosion. He had gold fillings and years later when I raced around the world with him aboard the Soviet yacht Fazisi his fillings started to fall out as a result of the radiation. He coveted my Nikonos 3 underwater camera and when I left the boat I gave him the camera.

A few months later a package arrived at my door. Inside was beautiful knife that Viktor had hand crafted especially for me. He sold his boat and it was bought by a Dutch sailor who entered it in an around-the-world race that I co-founded in 2008. The Dutchman, Nico Budel, was sailing across the Southern Ocean when the keel broke off. Luckily it remained attached to the boat thanks to Steve Baker and his colleague Dirk Kramers who had designed a safety cable that went over the pivot spindle so that in the event of the keel bolts failing the keel would remain (somewhat) attached. Nico was able to stay on board until he was rescued and the boat scuttled. But I digress.

I lost track of Viktor but kept in touch with Bob Adams for a while but eventually lost track of him as well and I heard that he died a few years ago. So back to Steve Baker’s Facebook post. He shared an article about a man who came up with a clever way to visit his mother in an assisted living facility. His Mom had been feeling a bit depressed and lonely being quarantined and without visitors.

The man was Bob Adam’s son Charley. Charley owns a tree service business and as such he owns a cherry picker with a long adjustable arm. He drove the cherry picker over to his Moms assisted living place and hopped into the bucket raising himself up to the window of his moms room. He called her on the phone and told her to look out the window. Charley’s wife took some pictures and posted them on Facebook and the story went viral.

So I told you this blog post was going to be a bit circuitous but the happy ending is that the Facebook story has been seen by so many that Charley’s mom is getting calls from family and friend from all over the country. I presume that Charley is a sailor because this is the kind of ingenuity found among sailors.

that would be first