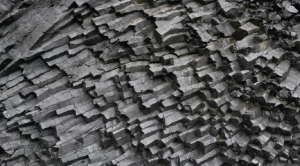 When we think of building boats and the materials possible to build boats, we think of wood, we think of plastic, we think of fiberglass and aluminum, but we don’t consider boats made from rock. They would sink, right?

But in 2015, a unique race called the Sailing The Arctic Race (STAR) was proposed to bring attention to a modern day environmental problem: the melting of the ice caps. The organizers of the STAR said in a press release, “we shouldn’t be able to do it, but because of climate change, we can.” Slated to begin in New York and end in Victoria, British Columbia, crews would race 7,700 miles through the Northwest Passage on a new class of high-performance boats called STAR 46s.

What made the STAR class unique wasn’t their lines, or their design, it was the material the yachts were built from. Eschewing traditional carbon fiber, STAR 46 boats were created from “volcanic fiber”. As in, fiber, made from volcanic rock. Read on.