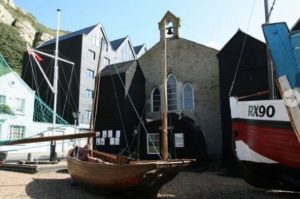 I was watching the Dunkirk episode of World War II in Colour on Netflix, when this story popped up. The series is excellent, btw. Not sailing, but interesting for sure.

The Little Ships of Dunkirk were about 850 private boats that sailed from Ramsgate, England, to Dunkirk, France, between May 26 and June 4, 1940 as part of Operation Dynamo, helping to rescue more than 336,000 British and French soldiers who were trapped on the beaches at Dunkirk during the Second World War.  More here.

the king and i