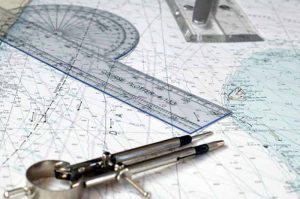 As long as there have been electronic charts, mariners have been advised to keep a set of backup paper charts just in case the electronics fail. Back in the day, a trip to a store that sold genuine NOAA charts was how you got them — browsing through hundreds of colorful charts and then paying (as much as $20 or more) for each chart you needed.

Those days are gone, or will be soon. NOAA recently announced it will no longer be printing nautical charts, phasing out the service over the next five years. NOAA says it currently makes two kinds of charts that serve the same purpose, and it makes sense to discontinue paper charts and move ahead with only the electronic version.

For years, NOAA has maintained more than 1,000 paper nautical charts in raster form. Raster charts are simply pixelated images, or copies of charts, which could be printed through NOAA’s certified print-on-demand (POD) chart agents. It’s these raster charts — including the Booklet Charts that many recreational boaters use — that are going to be discontinued by January 2025. Read on.

intermediate frames, a storm, and a christmas tree!