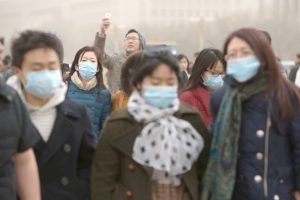 TOKYO (AP) — A senior member of the International Olympic Committee said Tuesday that if it proves too dangerous to hold the Olympics in Tokyo this summer because of the coronavirus outbreak, organizers are more likely to cancel it altogether than to postpone or move it.

Dick Pound, a former Canadian swimming champion who has been on the IOC since 1978, making him its longest-serving member, estimated there is a three-month window — perhaps a two-month one — to decide the fate of the Tokyo Olympics, meaning a decision could be put off until late May.

“In and around that time, I’d say folks are going to have to ask: ‘Is this under sufficient control that we can be confident about going to Tokyo or not?’” he said in an exclusive interview with The Associated Press.

As the games draw near, he said, “a lot of things have to start happening. You’ve got to start ramping up your security, your food, the Olympic Village, the hotels. The media folks will be in there building their studios.”

If the IOC decides the games cannot go forward as scheduled in Tokyo, “you’re probably looking at a cancellation,” he said. Read on.