keep your eyes on the road 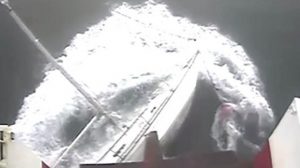 At 0811, when navigating in severely reduced visibility in Cowes Harbour, the master of the Red Falcon lost orientation when his vessel swung out of control, departed the navigable channel and was spun around through 220°. In his confusion the master drove the ferry in the wrong direction resulting in a collision with the moored yacht Greylag which was sunk on its mooring as a result.

Visibility varied between 0.2 and 0.5 nautical miles, but dropped to about 50 meters at the time of the collision. Read on.

i am the sig