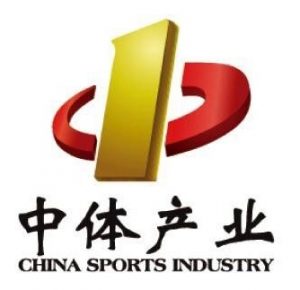 There are many ways to promote sailing but first off people needs to know the activity exists. When we enjoy our boats, very soon they become veritable dots on the horizon. However when they sit in a marina they become visible to the passing landspeople who might just say ‘That looks cool, might like to try that’, in effect a passive advert for on the water leisure activities.

Of course those marinas need to look good, be welcoming when the casual enquiry might just lead to another leisure boater and help cultivate the atmosphere that makes boating appeal to someone who knows nothing about it.

I was particularly excited then by the recent news that The China Sports Industry Group (CSI) and Marina Industry Association (MIA) of Australia have entered into a strategic partnership with the aim of improving the level of professional training available to marina managers in China along with promoting the global Gold Anchor Marina Quality scheme and the Clean Marina environmental standards across the country.

In other words developing that passive advert in all ways possible to encourage quality in both the hardware and software of marina operation here in China which has a massive latent pool of potential boaters with, perhaps more importantly, the financial ability to become involved on the water.

With a growing leisure boating industry with a similar increase in numbers of marinas and leisure boating facilities both around the coast and inland it was felt by CSI that an initiative should be taken to raise the level of professionalism through training of marina management and general personnel around the country while  at the same time introducing the Gold Anchor scheme as a measure of the level of overall quality displayed and enacted by marinas in China.

The first course was planned for March 2020 with efforts continuing, initially, through the rest of 2020 to bring as many marinas on line with the Gold Anchor quality scheme and with over 100 marinas at various states of development, all the way from just being built to fully operational with reasonable occupancy, this is a long term  initiative aimed at eventual full compliance with raised standards across the nation.

That timescale has slipped somewhat through no fault of any of the parties but that little thing called the coronavirus has put pretty much everyone in Asia’s plans back a chunk. Hog Kong Race Week postponed, China Sea Race an A-A race starting and finishing in Hong Kong instead of routing to the Philippines, a handful of boat shows postponed until later in the year and that’s just our sport.

There is of course a commercial benefit for marinas and personnel which become certified and assessed as they will be able to show independent measures of their qualities, skills and service to boat owners and potential berth holders.

Along with that, no doubt the marina industry will become regulated at some point in the future and if experience elsewhere is a measure, industries that already self-regulate with established standards have an easier time adjusting when official rules and regulations come into force. – SS.

place yer bets On your left is Ben Ainslie, with two Olympic gold medals in the Finn, five Finn world championship, Finn Europeans titles and a lot else besides.