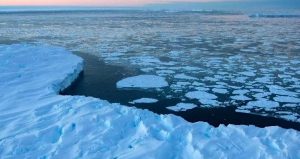 Climate scientists on Friday revealed the latest troubling new observation in Antarctica, illustrating the consequences of the rapid warming of the area brought on by the manmade climate crisis.

As The Guardian reported Friday, researchers stationed at the Esperanza research station at the northern tip of the Antarctic peninsula found that temperatures reached 64.9º Fahrenheit (18.3º Celsius)—the highest temperature logged since scientists began recording the continent’s temperature in 1961.

IMOCA Open 60, Class 40, Multi 50 – Transat Jacques Vabre – Day 6, advantage for the teams in the East with Enright/Bidegorry USA/FRA on 4th