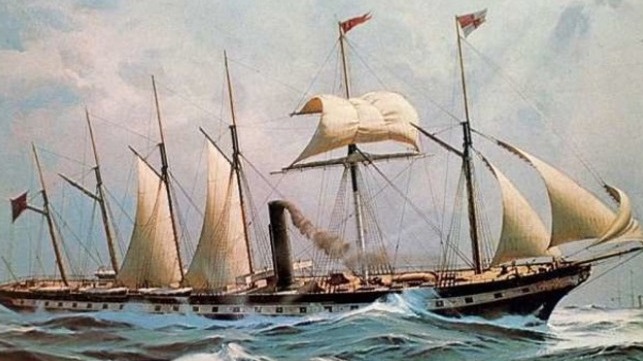 The SS Great Britain was the creation of an expert team, engineers and shipbuilders and professional seamen led by Isambard Kingdom Brunel. Brunel was a visionary engineer who had already built the Great Western Railway. He was responsible for the ship’s final design, which was revolutionary.

Brunel carried out a series of calculations which showed the relationship between a ship’s capacity (the amount she can carry) and the energy needed to drive her through the water. These calculations showed that large ships need proportionally less energy than smaller ships to cover a given distance such as the Atlantic Ocean. Brunel worked out that the ship the size of the SS Great Britain (322 feet long, beam 50 feet) would be able to carry enough fuel to power her engines all the way from Bristol to New York.

However, it was impossible to construct this ship of timber, the traditional shipbuilding material. A wooden ship this size would need bulky internal supports, which would reduce the space for carrying fuel and paying cargo.

Brunel’s material was iron. Read on.