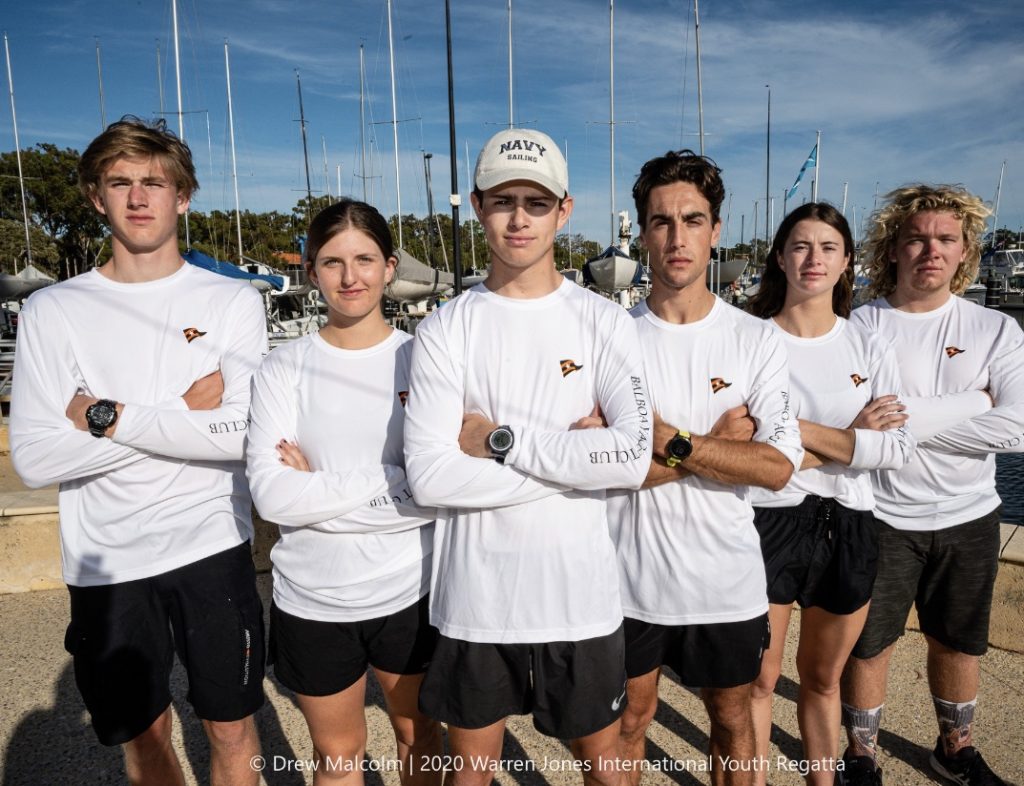 I’m not sure who started the trend in sailing of the crossed arms, sullen look as THE pose for glamour press shots, but it jumped the shark after the first such image.

Here we have yet another example, and for a youth match race in Australia at the Warren Jones Regatta. Balboa YC skipper Jeffery Peterson leading the way front and center, with team in tow. Jeffery’s mother Denise says this pose was required by the Organizing Authority.

I’m not sure which is worse, the organizing authority requiring this pose, or the sailors agreeing to it. It’s simply pathetic. For a sport that seeks attention, and money, from sponsors why on earth do so many events (looking at you Russell Coutts and SailGP for doing that same) think presenting sailors as angry, sullen people is going to gain a larger audience and resultant sponsorship income? About the only company that I can think would have an interest in sponsoring this look is a hemorrhoid cream, because anyone in this pose looks like they suffer from that malady.

At its best sailing is about freedom, independence and individual effort. With far too many events and teams looking like they just took a very painful crap, it’s no wonder media attention, and money, lag. It’s time for sailors to present themselves in a more positive manner.

Sailing is not the professional wrestling. Stop acting like we are and start presenting your event, yourself, and the sport with the joy that being on the water with friends brings. – Peter Huston.