put a fork in it 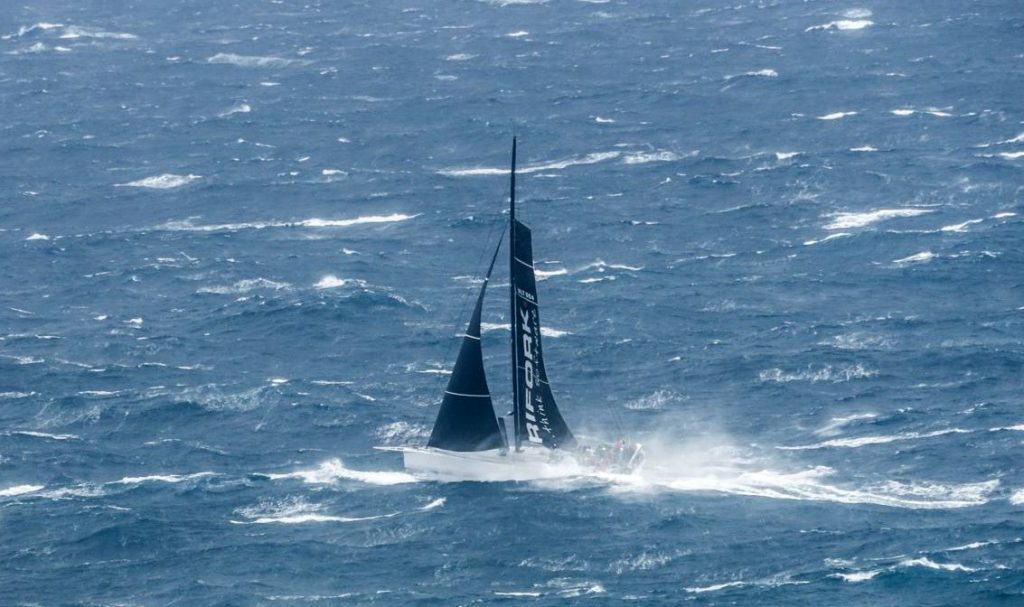 The VO70 Trifork, by Danish shipowner Joern Larsen, today shattered the record of the return to Mallorca under sail by stopping the stopwatch in 13 hours, 15 minutes and 17 seconds and exceeding the mark established by the German maxi UCA in almost four hours April 2005, when he managed to circumnavigate the main island of the Balearic archipelago in 17 hours, 14 minutes and 19 seconds. Since then there had been four record attempts, but all failed due to lack of wind or after suffering breakdowns.

The UCA record has lasted almost 15 years, but has ended up succumbing to the technological and human potential of the Trifork, winner of the 2008-2009 Volvo Ocean Race with the name of Ericsson 4, which has taken advantage of the strong winds of the Gloria storm to sail at speeds that in some sections have far exceeded 20 knots.  Read on.

from moscow with love