not sailing…but it could be 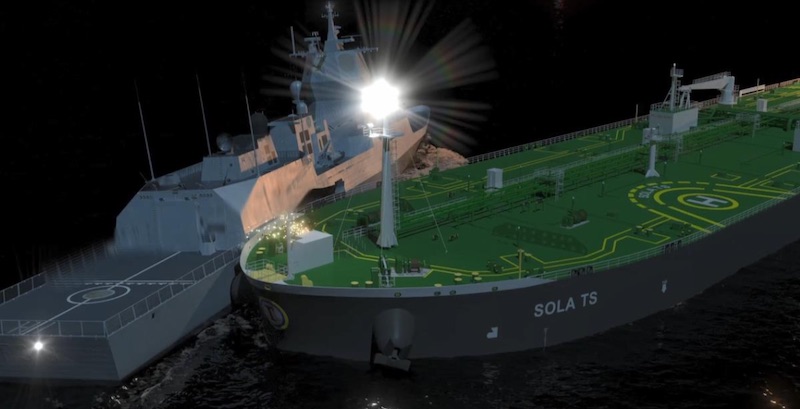 There has been quite a lot of chatter recently about the effectiveness of AIS, the risks of sailing into crowded water and so on as if this is the only reason for accidents between vessels.

In the past couple of years there have even been a couple of collisions in good visibility between fully manned ships of the United States Navy and cargo ships so these events are not confined to the small boat sailor.

One thing that will never change at sea, no matter what fancy electronic aids to navigation we deploy whether RADAR, AIS, the good old LORAN or Decca in their day, nothing will ever truly replace the mark one eyeball.

I was forwarded the report on a collision between a pretty up to date – and with every nav-aid and gizmo fitted – Royal Norwegian Navy frigate which probably had more people on the bridge than the average sailing cruiser’s entire crew yet still managed to occupy the same piece of water as a super-tanker in a Norwegian fjord.

It would appear that the bright deck lights on the tanker were a contributory factor in the collision in a similar way to the lights on a fishing boat contributed to the Vestas collision off Hong Kong during the last Volvo Ocean Race.

AIS on but not ‘pinging’, radar spinning and yet the two ships still managed to come together.

Worth watching, especially of you do any night sailing.

On that page there is a further link to the full report for those interested -warning, it’s long & incredibly detailed.     – SS.