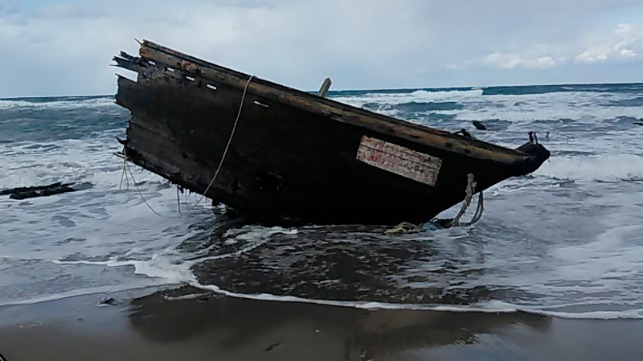 On Saturday, police on Sado Island, Japan discovered the wreck of wooden fishing boat containing the remains of between five and seven individuals. The wooden vessel has Korean markings on the hull and is believed to be from North Korea, like the many other “ghost ship” fishing boats that wash up on Japanese shores each winter.

The boat was broken in two, and its stern contained five bodies and two heads, according to initial reports from the Japan Coast Guard. The agency later reported the discovery as a total of seven “partially skeletonized” bodies. Five were identified as male; the remaining two could not be identified. Read on.

a good battle to win

make it go away