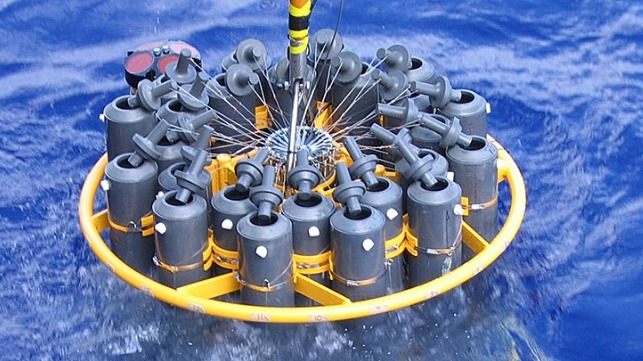 Forchhammer’s Principle refers to the chemical composition of ocean water.

In 1865, the Danish geologist and mineralogist Johan Georg Forchhammer, with the help of naval and civilian collaborators, collected numerous samples of seawater from the Northern Atlantic and the Arctic Ocean. He wanted to determine why the salinity (or “saltiness”) of seawater varies in different areas of the ocean.

Forchhammer put the samples through a detailed series of chemical analyses and found that the proportions of the major salts in seawater stay about the same everywhere. This constant ratio is known as Forchhammer’s Principle, or the Principle of Constant Proportions. In addition to this principle, Forchhammer is credited with defining the term salinity to mean the concentration of major salts in seawater. Read on.