all over but the cryin’ 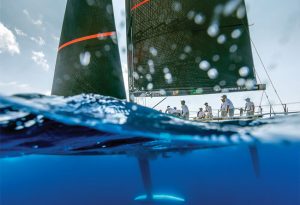 Consistency won the 2019 52 Super Series title for Azzurra. At five regattas they finished as the runners-up, each time pained by how close they had come to winning that title. But the crew that is led by Guillermo Parada and sails in the blue of the Yacht Club Costa Smeralda played the long game better than anyone this year, never taking their eyes off the top trophy and what is their fourth, and hardest won, season title.

Azzurra have the complete package. There is no doubt that tactician Santi Lange required some of the 2018 season, his first full year back in the class since 2014, to get on top of the latest subtleties of this, the highest level of inshore grand prix competition. But this year his risk management has been second to none – he rarely puts Azzurra in high-stress situations yet is still prepared to split from the fleet when extra points are seemingly on offer.

too fast for fishing

the age of exploration