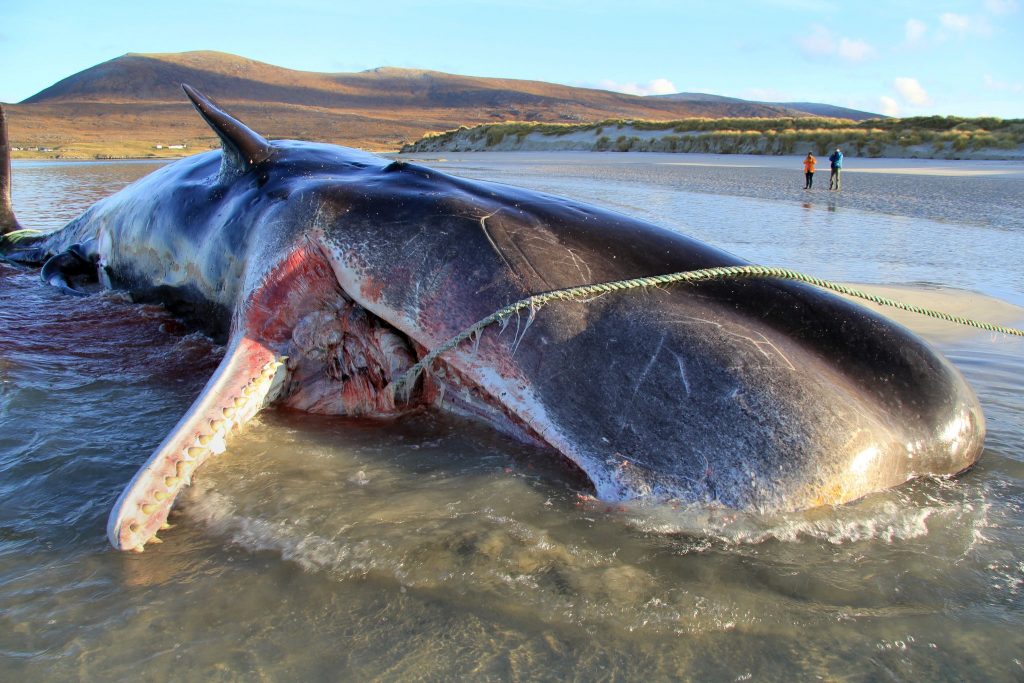 A dead sperm whale that washed up on a Scottish beach had more than 220 pounds of tangled netting, rope, plastic and other debris inside its stomach, according to a local whale research group.

The 10-year-old male whale was found Nov. 30 on Luskentyre Beach in the Outer Hebrides after becoming stranded on a sand bank, according to the group, the Scottish Marine Animal Stranding Scheme, which posted photos of the whale and details about it on Facebook on Sunday. The group described the mammal as about 46 feet long and weighing more than 20 tons.

The debris had formed a “huge ball in the stomach” that included “bundles of rope, plastic cups, bags, gloves, packing straps and tubing,” the group said. A photo showed a fishing net laid out next to the whale. More here, courtesy of the NY Times.

what would george think?