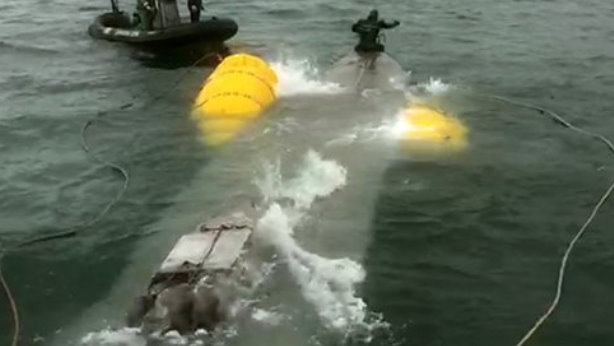 On Tuesday, Spanish authorities refloated a sunken “narco-sub” smuggling vessel and extracted 3.5 tonnes of cocaine from its interior. Though the vessel type is common in the Americas, this example was the first of its kind ever discovered in Europe.

Before the narco-sub approached the port of Aldan, Galicia, an international law enforcement team from the UK, Portugal and Spain had been tracking and preparing to seize it. The vessel sank during the interdiction attempt, and two Ecuadorian nationals were arrested. A third managed to evade capture and escape.

Police divers recovered a package of cocaine from the vessel after the sinking, and authorities mounted a salvage effort to seize the rest. They refloated it on Tuesday using airbags and towed it into the port of Aldan. Read on.