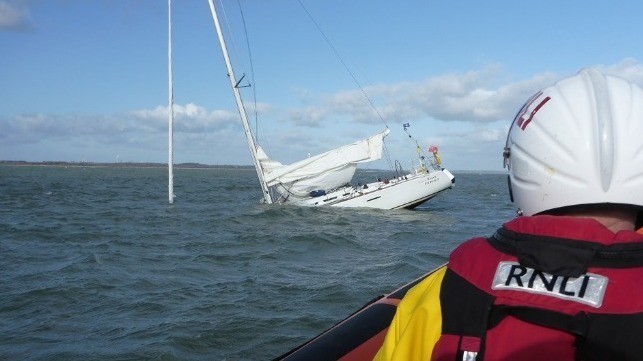 On Monday afternoon, a Royal National Lifeboat Institution (RNLI) volunteer crew helped in the response to a sinking yacht in the Solent, just outside of Cowes.

The 40-foot yacht had lost its rudder and was taking on water. According to initial reports, it had snagged the anchor chain of a buoy at the entrance of Cowes Harbour. It was arriving on a short voyage from Portsmouth with three Swiss crewmembers on board.

The yacht began drifting westwards as it took on water. The Cowes RNLI lifeboat went to its aid, along with a crew transport vessel, the Calshot RNLI lifeboat, a police launch, a Cowes Harbour launch, a catamaran and two car ferries belonging to the Red Funnel line.  More.

Planet Sail – Episode 6 of the On Course video magazine, September 2020