finally, a one-tonner we want! 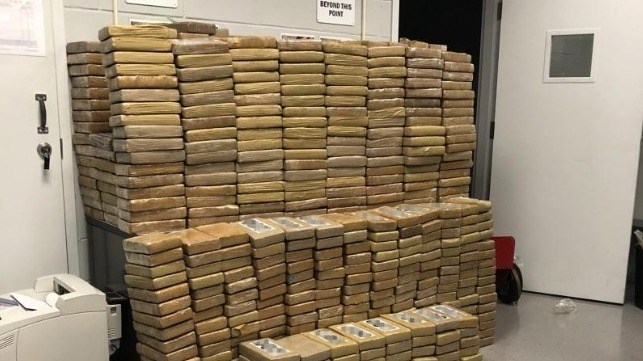 U.S. Customs and Border Protection (CBP) officers at the Port of Savannah, Georgia seized 967 pounds of cocaine October 29, 2019 in a container of scrap aluminum and copper being shipped from South America to Europe. The seizure set a new port record.

CBP said that its officers detected an “anomaly” during an examination of a shipping container aboard a vessel that arrived in Savannah from South America. When officers opened the container, they discovered 21 duffel bags containing 818 bricks of a white powdery substance, which field-tested positive for cocaine.

The cocaine weighed a combined 967 kilograms and has an estimated street value of about $31 million. Read on.

disaster in the making

gone from our sight