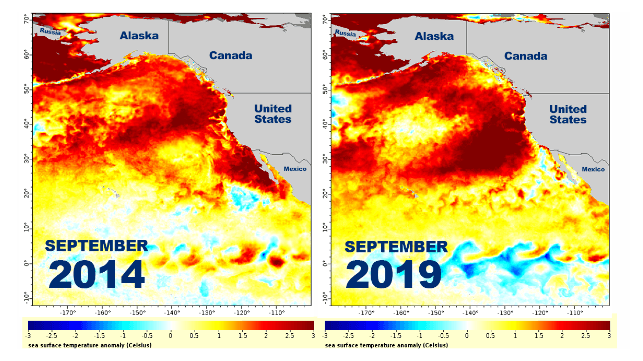 In the fall of 2014, Nick Bond – Washington State’s climatologist and a research scientist at the University of Washington – dubbed a patch of unusually warm water off the North American coast “The Blob.” The warmer temperatures went on to wreak havoc in marine environments over the following year. Now, another slug of warm water has appeared, this time stretching all the way to Hawaii. Bond recently gave an interview about this year’s Blob – an anomaly in the ocean more commonly referred to as a ­marine heat wave – and what this phenomenon means going forward. Read on,