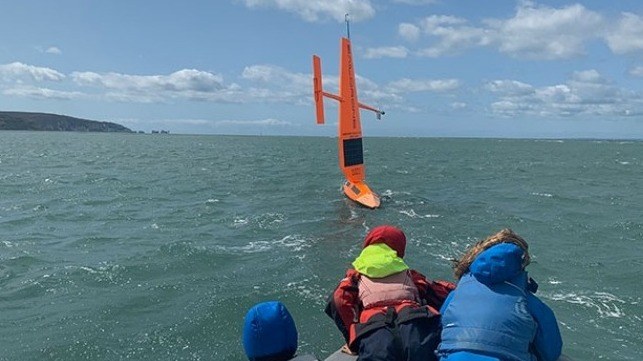 After setting the record for the fastest unmanned Atlantic crossing, the Saildrone unmanned vessel SD 1021 has now completed the return journey, beating its own record time and also becoming the first autonomous vehicle to transit in both directions across the Atlantic Ocean.

There are two typical trans-Atlantic passages: from west to east, vessels take the northern route from New York to the English Channel, benefiting from prevailing westerlies and favorable current; east to west, vessels take the southern route, from Spain to Bermuda or the Caribbean. Though the southern route is nearly 1,000 nautical miles (1,850 kilometers) longer, crewed vessels enjoy a smoother ride sailing with the trade winds and favorable current. Read on.