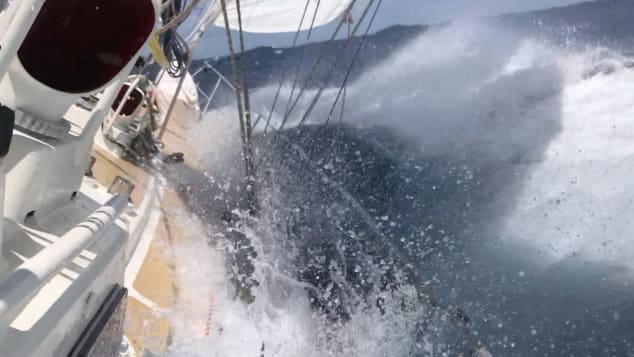 His father was a naval captain, and Reeves, now 57, grew up surrounded by sea lore. His childhood home was decorated with his father’s sextant and other navigational tools and charts, old uniforms and an underlined copy of Herman Melville’s classic 1851 seafarer novel “Moby Dick.”

The family bought a boat when Reeves was in high school and the first time he rode on it, he remembers, “It was this epiphany, this physical feeling of, ‘Oh. Oh! This is what I’m supposed to do.”

Based in Oakland, California, Reeves is fulfilling that heritage now, 40 years later. On October 19, Reeves sailed under the Golden Gate Bridge and into Sausalito, where he stepped off his 45-foot sailboat, Moli, completing his year-long journey: a solo “figure-8” sail around the world.

Read on, courtesy of CNN.
Tags:featured
editorOctober 20, 2019
Leave a reply